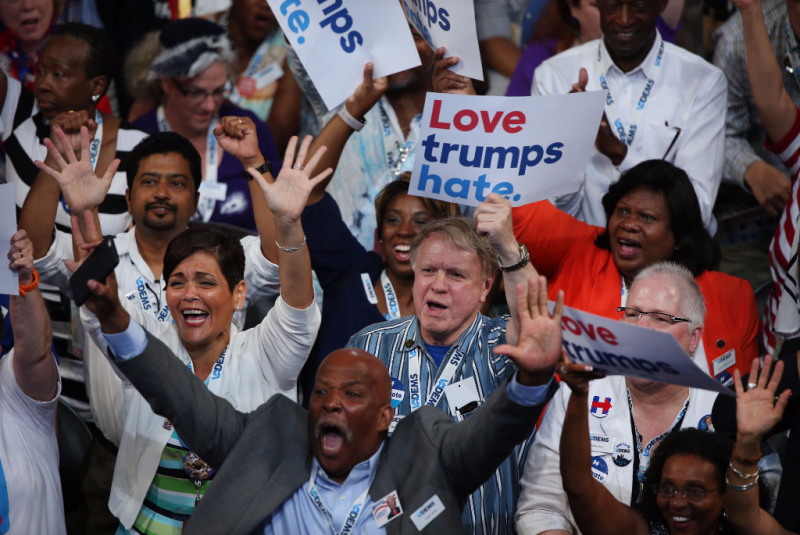 Masses of Sanders delegates booed every time a speaker dared mention Clinton — even during the invocation prayer — and continued after convention chairwoman Marcia Fudge, an Ohio congresswoman, used her opening remarks to beg for civility.

Sanders supporters proceeded to heckle U.S. Rep. Elijah Cummings of Maryland as he spoke about his father, a poor sharecropper. “Stop TPP!” they yelled, referring to the proposed Trans-Pacific Partnership trade agreement.

To make peace with Sanders’ delegates, convention organizers scheduled speeches from several Sanders backers now campaigning for Clinton. But some of the pro-Sanders delegates didn’t seem to hear the pro-Clinton message.

“This is what democracy looks like!” they chanted. Outside Philadelphia’s Wells Fargo Center, they protested.

This was after Sanders himself, one of Monday night’s keynote speakers, had urged his followers earlier in the day to unite behind Clinton.

They booed Sanders, too. Neither his speech, nor his text message to supporters, nor his former spokeswoman’s tweeting “NO ONE STOLE THIS ELECTION!” seemed to quell the unrest.