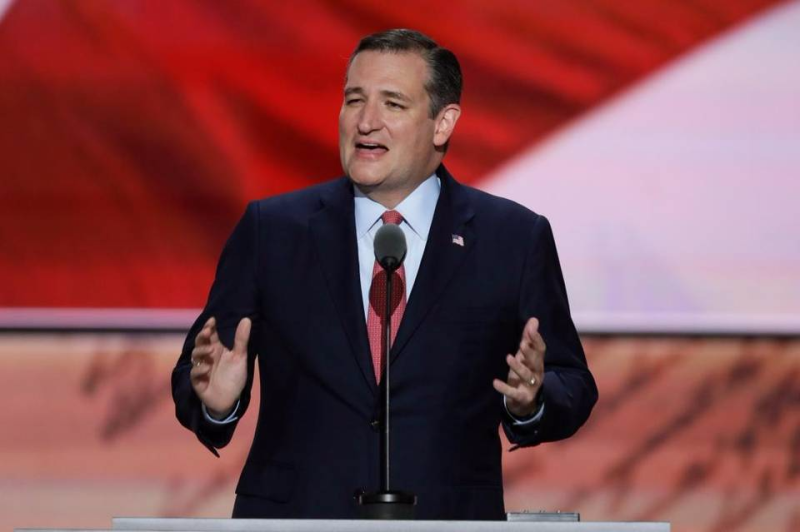 CLEVELAND -- Mike Pence was the marquee name at the Wednesday at the Republican National Convention. But Ted Cruz stole the show.

The Texas senator, the last candidate to lose to Donald Trump in the GOP presidential primary, used his prime-time speaking slot not to endorse the nominee, but to lay out a methodical, ideological vision that sounded like the foundation for a potential Cruz candidacy in 2020.

“To those listening, please, don’t stay home in November,” Cruz said. “Stand, and speak, and vote your conscience, vote for candidates up and down the ticket who you trust to defend our freedom and to be faithful to the Constitution.”

Thousands of Trump delegates assembled on the floor of Cleveland’s Quicken Loans Arena did not take it well. By the time Cruz concluded, the riled-up audience jeered and booed him off stage.

It was astonishing political theater.

The night had been intended to celebrate Pence, the Indiana governor Trump selected as his running mate.

“You know, I’m new to this campaign, and honestly, I — I never thought I’d be standing here,” Pence said, pivoting to Trump. “He’s a man known for a large personality, a colorful style and lots of charisma — and so I guess he was just looking for some balance on the ticket.”

Wednesday was also Florida’s unofficial night in the spotlight.