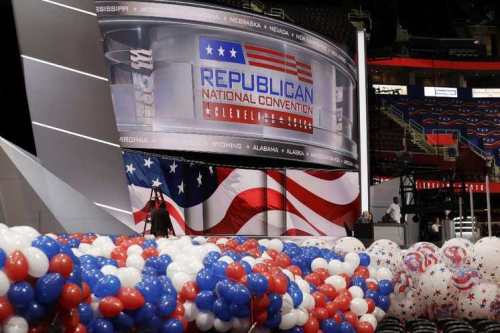 The last-ditch effort to let delegates reject Donald Trump at the Republican convention next week failed Thursday. Florida's delegates were already solidly behind him.

Overwhelmingly, delegates planned to stand by Trump, even if given the opportunity to vote for someone else. Of the 39 delegates who responded to a Times/Herald survey conducted over the last two weeks, only three they would vote for a different candidate if they could, and five said they weren't sure but would consider it.

Nearly 40 percent of Florida's 99 delegates responded to the Times/Herald survey on how they felt about Trump. Many had positive things to say.

"I like the fact that Donald Trump is taking on the establishment," one delegate said. "Cronyism and corruption have to be eliminated from government and the Republican Party. I think Trump will do that.  The more I listen to him, the more I like what I hear."

"Trump will return the White House to the true owners, the American citizens," said another.

Just 37 percent - 14 of the delegates who responded - said they voted for Trump in the primary. While most appeared to have come around, some still raised concerns.

"I wish he was a true conservative," one told us.

"What I dislike is the lack of competence in his campaign and the outright blackballing of Miami Dade voters and delegates," another said.

Most of the delegates are activists with local party organizations around the state. Republican Party of Florida rules require them to vote for Trump on the first three ballots. The Times/Herald survey is an unscientific exercise in which we polled delegates, allowing them to answer anonymously to encourage frank answers.

Some high-profile delegates had previously come out publicly in favor of or against Trump.

"He's our nominee,"' former U.S. Sen. George LeMieux told the Times/Herald in May. "Not my first choice but better than Clinton."

U.S. Rep. Jeff Miller, R-Chumuckla, told Politico in April, "Donald Trump is the only person who has what it takes to shake up the status quo and entrenched bureaucrats in Washington D.C."

Others haven't said publicly how they personally feel about Trump since he became the party's likely nominee.

"What birthed the phenomenon of a candidate who in all definition of the word is running a quasi-repugnant campaign that is baseless? You have a candidate who has flip flopped on every issue,'' said Corcoran, a Jeb Bush supporter and former Marco Rubio chief of staff.

State Rep. Chris Sprowls, R-Palm Harbor, said in April that he had no plans to endorse a candidate but, "If I had to pick between the two, I probably agree more with what Ted Cruz says than I do with Donald Trump."

There is one thing, however, that the delegates seem to agree on. All but one of the people who responded think Trump will win in November.