Water vs wildlife fight erupts between Florida and feds 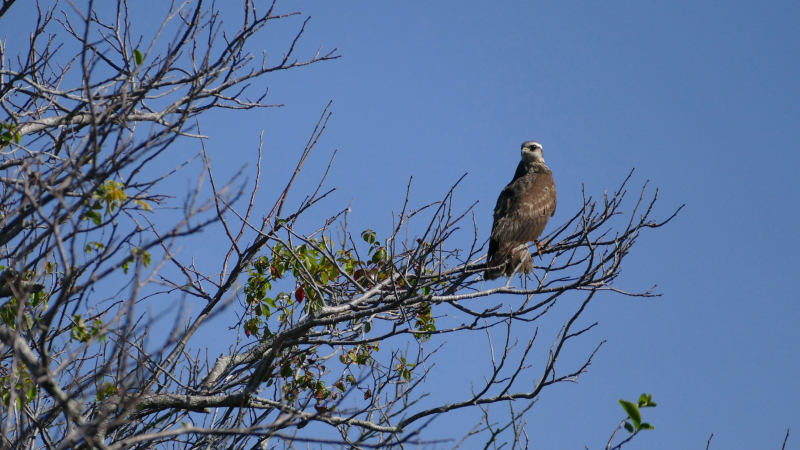 The toxic algae piling up on Florida's Treasure Coast is turning up the heat on a simmering dispute between South Florida water managers and federal wildlife officials.

For months, district leaders have complained about federal wildlife laws that they say force them to manage water around endangered species. Board member Jim Moran routinely complains about the Cape Sable seaside sparrow, which has dwindled to just six populations in the Everglades and is protected by a complicated balancing act of high and low water. This winter, when record train triggered massive releases of polluted water from Lake Okeechobee, district managers began trying to store more water to the north in the Kissimmee basin, where another endangered bird, the snail kite, lives.

The district moves prompted federal wildlife officials to send a warning that snail kites might be harmed. In a March letter reported by the Tampa Bay Times, Antonacci said he was threatened with arrest. This month, Antonacci doubled down in another letter to Sens. Bill Nelson and Marco Rubio.

The agency, he complained, "myopically fixates on the possible impact to 10 snail kite nests in one area of the Kissimmee floodplain where ironically the number of snail kites nests have actually been increasing. The gross incompetence of this approach speaks for itself."

Antonacci went on to slam the 50-year-old endangered species act, saying if it "continues to exist in its current form, entire communities will suffer as misguided federal employees seek to enforce restrictions that defy common sense."

On Thursday, Williams fired back with his own a letter to Antonacci demanding he correct inaccuracies. He appeared at the monthly meeting - to the surprise of board chair Dan O'Keefe who at first didn't know who he was - to insure board members heard him out.

"The district appears to be operating in isolation," Williams said.

In the past, Williams said the two agencies managed to work together, insuring both animals and water resources were protected. The stand-off could have been resolved if wildlife officials had been notified and a permit negotiated to cover any harm to the birds, he said. But Antonacci bristled at the suggestion.

"Once you agree to permits you’re assuming there’s a take," he said. "There has been no proof there’s been a take...So before we get to the point where there’s a permit hanging around our neck like a noose, we’re going to make the Fish and Wildlife Service prove what’s required of them."

Antonacci said he was particularly piqued by Williams reference to "prosecutorial discretion," in their exchanges, which gives federal officials the authority to decide whether to take legal action. But Williams said the agency was merely making recommendations and trying to explain the rules.

"We have to speak directly and if we mince our words too much, it takes us ten hours to have a three minute conversation," he said.

Another sticking point may be the federal agency's support for a plan to buy more land to store water. The measure has been fiercely rejected by Scott and U.S. Sugar and shot down by the district last year despite overwhelming voter support for a state constitutional amendment that sets aside about $10 billion over the next 20 years to buy land.

"Snail kites need the very same thing the estuaries need: naturally functioning marshes and rivers where water slowly recedes and is cleaned as it moves downstream," Williams said in his letter to Antonacci. "This is the beauty of how natural wetlands store and release water. They keep the environment healthy for snail kites, for estuaries, and for people."