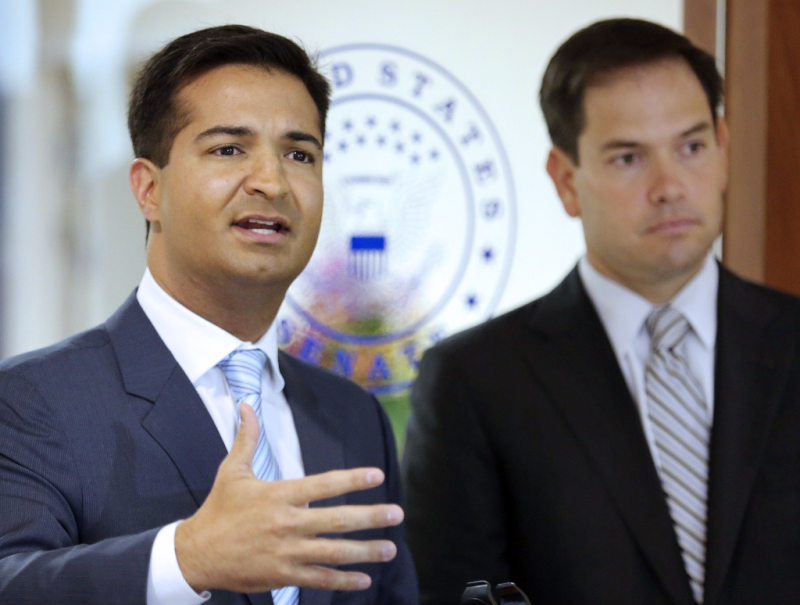 Florida's primary election will be on Tuesday. But Miami Republican Rep. Carlos Curbelo isn't waiting to find out whom his Democratic opponent will be before kicking off his reelection campaign in earnest.

Curbelo's campaign put out a Spanish-language radio ad featuring one of the congressman's most prominent political backers: former Florida Gov. Jeb Bush. Curbelo was one of Bush's early backers for the Republican presidential nomination.

"We need honest and hard-working leaders like Carlos Curbelo, who has fought to improve the education our children receive and to reform our country's immigration laws," Bush says in the spot. "I know Carlos, and I know he will continue representing us with integrity in Washington."

On Monday, the Curbelo camp also emailed supporters with a letter from another big-name friend: U.S. Sen. Marco Rubio, the man Curbelo endorsed after Bush dropped out of the presidential race.

In the fundraising pitch, Rubio says Curbelo is part of "a new generation of leaders."

"He understands the need to empower people, the private sector, and our local communities to drive prosperity and innovation," Rubio says. "Carlos and I have been working together to respond to the Zika crisis and prevent wast, fraud, and abuse in our refugee assistance program. After seeing him in action, I know Carlos will continue to be a strong voice for South Floridians and that is why I'm behind him 100%."

Curbelo's 26th congressional district, which stretches from Westchester to Key West, is one of the country's most competitive seats -- and now leans more Democratic than it did when he won it two years ago. He'll learn Tuesday if his Democratic opponent will be former U.S. Rep. Joe Garcia or Annette Taddeo. National Democrats have already reserved significant air time ahead of the Nov. 8 general election.