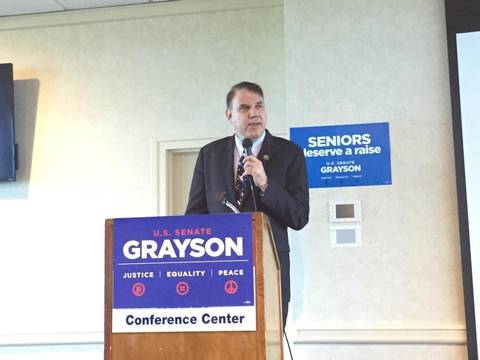 A supporter asked @AlanGrayson to fight back louder against allegations of spousal abuse. Here's what he said: pic.twitter.com/fvYt7dzEx6

The rest of the event was filled with questions from a friendly audience whose main quarrel with Grayson was that he didn’t fight back against attacks hard enough.

One audience member brought up the allegations of spousal abuse leveled against Grayson recently, which he called “nonsense dredged up from literally 20 years ago.”