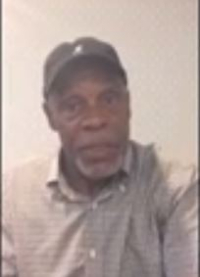 With a week to go before the state's contentious party primary, Glover filmed a video endorsement and penned a fundraising email to Grayson supporters today.

"He is a man who is about the truth -- who is talking about the issues, the issues that affect your life, the issues that affect your communities," Glover said. "Democracy is in desperate need for clear voices, voices that are not afraid to tell it like it is. Voices that will bring people out, and make them accountable as well. Voices that are responsible to those communities – [responsible to] everyone, not just the special interests, not even the special interests, but voices that are accountable to everyone. Alan Grayson is that kind of voice."

Grayson, of Orlando, posted Glover's video message on both his YouTube page and on a campaign webpage soliciting contributions from supporters.

In the Aug. 30 election, Grayson faces fellow U.S. Rep. Patrick Murphy of Jupiter and Pam Keith, a Miami labor attorney and former naval officer. Murphy is considered the front-runner, thanks to favorable polling and aggressive support by the Democratic establishment.

Grayson's campaign suffered a setback last month, after his former wife accused Grayson of domestic abuse during their 25-year marriage that was annulled last year. Grayson has disputed the allegations, but he nonetheless lost a couple high-profile progressive endorsements over the controversy.