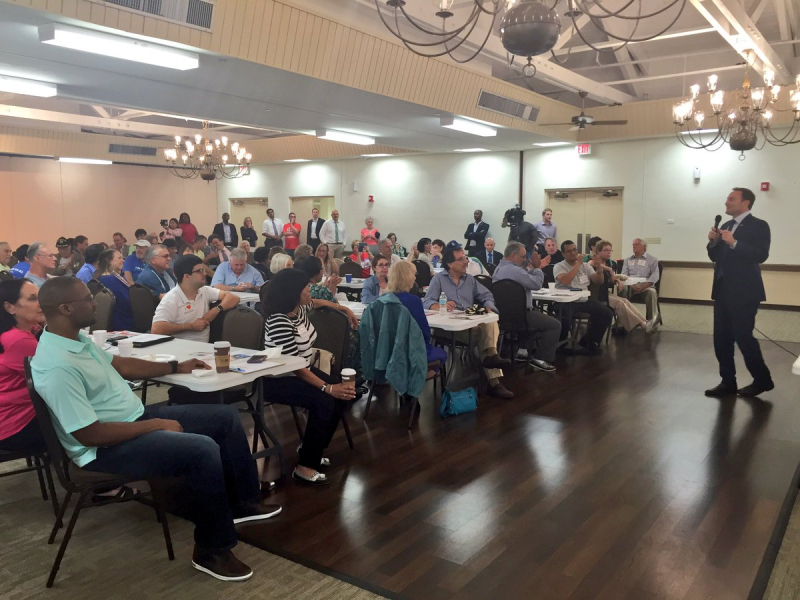 Joe Kreps, a Grayson supporter from Plantation, challenged Murphy to explain why he backed out of the debate with Grayson this week, the only one planned ahead of the Aug. 30 primary.

“All I wanted was an answer to my question.... It’s got to stop. Somebody’s got to stand up and say, ‘stop hiding,’” Kreps said.

But others at the Plantation Democratic Club’s meeting — which included a friendly audience of Murphy supporters — said Kreps was out of line for forcing his question on the Jupiter congressman. The club’s acting president, Ralph Rickel, on Wednesday admonished Kreps as “a real wackadoo” and an embarrassment.