The Broward Democratic Party argues that a newly released palm card misleads voters into thinking the party endorses certain candidates ahead of the Aug. 30 primary.

Political consultant Dan Lewis says the palm card, dubbed "The Blue Card," does not deceive voters and has been released in the last five elections. 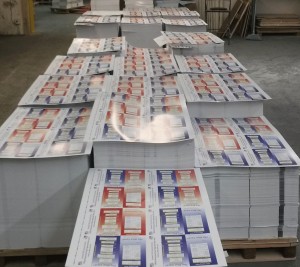 "The Democratic Party unfortunately has a policy where they never get involved in primary elections," Lewis said.

While the card endorses Fondo over Israel, Lewis maintains that the list of candidates that end up on palm card is independent from his political consulting work.

"People hire me for specific purposes," Lewis said. "Just because I sell data or sell some advisory things to campaigns doesn't exclude me from offering or doing what I think."

"The issue is that people are under the false impression that it's us," Broward Democratic Party executive director Travis Perron said.

Perron says the cards shouldn't make a difference in races that are well-publicized like Rep. Debbie Wasserman Schultz's primary challenge from law professor Tim Canova but that it could affect lesser-known races for local seats.

The card was produced by Florida' Democracy Project, a committee formed on Aug. 4 that lists Lewis as its treasurer.

Lewis says that the Broward Democratic Party "underestimates the intelligence of the average voter" and that his voter guide is no different than other palm cards that organizations disseminate in the weeks before an election.

“Dan Lewis continues to put out the Blue Card despite the fact voters are deceived into thinking that it is somehow connected to the Democratic Party," Broward Democratic Party chair Cynthia Busch said in a statement. "This is an underhanded tactic that tarnishes the Democratic process.”

Despite Perron saying that the party is "looking into different options" regarding a legal response to the voter card, Lewis remains unfazed.

"It's almost an institution and a tradition, and it's going to continue," Lewis said.

Lewis declined to specify how many Blue Cards were sent out and if the cards targeted any specific areas of Broward County.