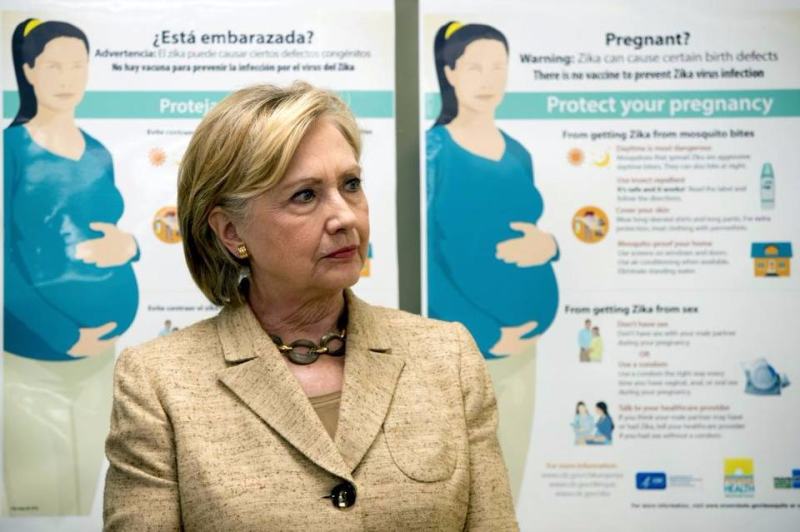 Miami’s Zika outbreak got the presidential-campaign treatment Tuesday, when Democratic nominee Hillary Clinton visited a local health clinic and urged Congress to meet in an emergency session and find money to fight the mosquito-borne virus.

“I am very disappointed that the Congress went on recess before actually agreeing on what they would do tp put the resources into this fight,” she said at Midtown’s Borinquen Health Care Center, a community clinic in the roughly one-square-mile outbreak zone. “I really am hoping that they will pay attention.”

It’s the unexpected political side effect of Zika: bipartisan agreement — among politicians in Florida, at least — that federal lawmakers failed to act before local mosquitoes started transmitting the disease.

Clinton is the most high-profile political figure to call for Congress to reconvene, but she’s hardly the only one. Florida Gov. Rick Scott, a Republican, has repeatedly asked for leaders of his own party to do more to fund prevention and treatment efforts at the state and local levels.

He reiterated the request Tuesday when the Florida Health Department confirmed four new Zika cases in Wynwood — smack in the middle of Clinton’s Borinquen visit.