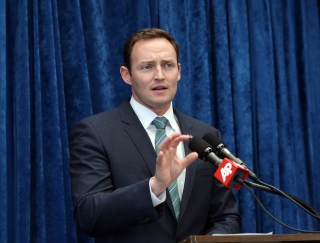 Democrat Patrick Murphy's U.S. Senate campaign announced today that it has picked up another endorsement -- this one from the Congressional Black Caucus.

In a statement provided by the Murphy campaign, the caucus' political action committee chairman U.S. Rep. Gregory Meeks of New York praised Murphy, a congressman from Jupiter, for "his passion on the issues that matter to Florida communities firsthand."

"We know that he will be a great senator who shows up and works hard for Florida," Meeks said.

The Congressional Black Caucus PAC states its mission as "working to increase the number of African Americans in the U.S. Congress, supporting non-black candidates that champion our interests, and promoting African American participation in the political process-with an emphasis on young voters."

It's unknown whether the caucus gave any consideration to Murphy's main primary competitors -- fellow U.S. Rep. Alan Grayson, of Orlando, or Miami labor attorney and former naval officer Pam Keith, who is African American and the only woman in the Senate race. (Grayson and Murphy are both white.)

Keith criticized the endorsement -- alleging that it was a reward for Murphy's financial support of the caucus' members through political contributions.

"Patrick Murphy, his PACs and his parents and family have donated liberally to current members of the CBC to obtain their support," Keith said in a statement. "Therefore, this endorsement has nothing to do with the candidate best suited to represent African American voters or who has an actual platform of ideas to address issues facing the African American community, and has everything to do with the candidate best suited to financially assist CBC members in their own races. In that regard, Patrick Murphy's personal wealth definitely leads the pack."

Murphy said he was "proud" of the caucus' support and reiterated his vow to "fight for our progressive priorities," such as criminal justice reform and raising the minimum wage.

African American voters make up about 28 percent of the 4.7 million registered Democrats able to vote in the Aug. 30 primary.