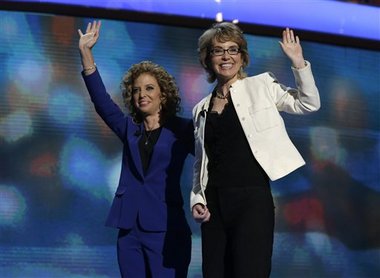 In 2011, Giffords was holding a Congressional event in Arizona when a gunman shot her and 18 others, killing six. Giffords and her husband Mark Kelly, who will also attend the meeting, have since become advocates for preventing gun violence. Broward Sheriff Scott Israel, who faces re-election, and former State Sen. Nan Rich, who is running for Broward County Commission, will also participate in the 7 p.m. meeting at Temple Beth Emet in Cooper City.

In a press release, Wasserman Schultz stated that "every day, 89 people die from gun violence." In 2015, PolitiFact rated a similar claim by Hillary Clinton Mostly True. Most of those deaths are a result of suicides.

Wasserman Schultz is running against Tim Canova, a Nova Southeastern University law professor, in the Aug. 30 Democratic primary for a Broward/Miami-Dade congressional seat. She has been largely sticking to friendly venues in the district such as meetings her congressional staff help organize about Zika, gun safety or other topics and has generally avoided joint appearances with Canova.

Photo by the AP at the 2012 Democratic convention