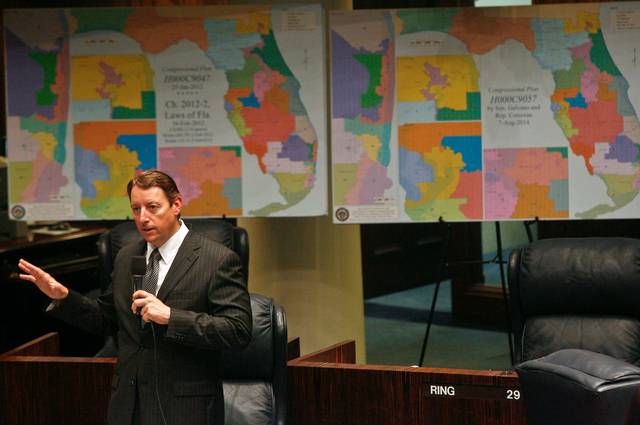 The last round of redistricting seemingly put Republicans in Florida at risk of losing the size of their dominating 26 to 14 majority in the Florida Senate.

In five to six vulnerable seats, Republicans are facing stiff challenges that in theory could reduce their majority dramatically heading into the 2017 spring legislative session. If 2016 turns into a wave election, Democrats could come away with 18 or 19 seats.

But Senate Majority Leader Bill Galvano, R-Bradenton, isn’t buying it. He said Republicans in the Senate are working hard in vulnerable areas and are doing better than some pundits might think. He said vulnerable seats near Gainesville, in Tampa, and Miami are winnable for Republicans who have strong candidates in each of the races.

“It would be a bad day if after election day we have just 25 seats,” Galvano said in an interview with the Times/Herald. “I feel good about all of our races.”

Galvano acknowledge Donald Trump’s position on the top of the ticket is a “challenge” particularly in South Florida with Hispanic voters. He said his is most concerned about an Orlando-area seat currently held by Senate President Andy Gardiner, that has changed because of redistricting a lot. Gardiner is not seeking re-election because of term limits and Democrats see the seat as a prime pick-up opportunity.

“It’s one seat that is going to be very difficult,” Galvano said.