'Go for Marco!' Trump says of Rubio in Daytona Beach 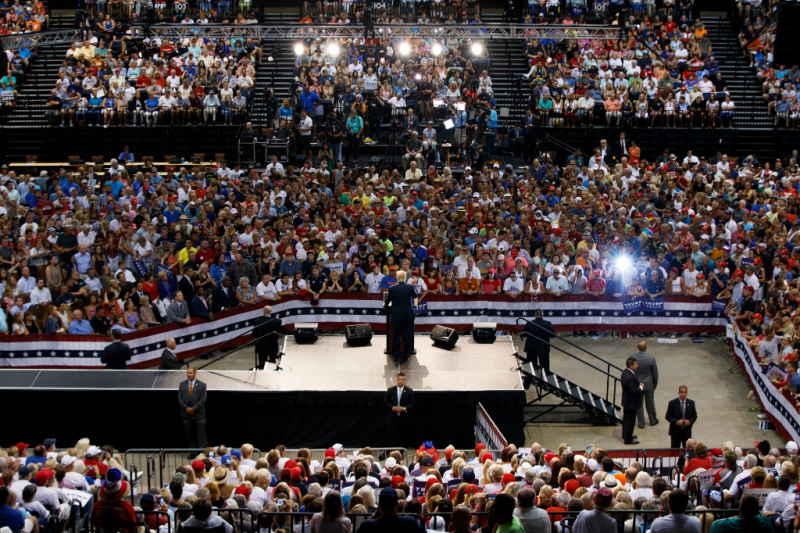 Marco Rubio may get irritated when reporters ask him about Donald Trump. But Trump appears happy to back Rubio whenever he can.

Trump was retelling the story of his Florida primary win, highlighting negative ads and praising his state campaign chief, Karen Giorno, who's since been promoted to national political adviser.

"By the way, I endorsed Marco Rubio. He endorsed me. He's doing well," Trump said.

Earlier in the day, Rubio seemed annoyed to get so many Trump questions at a Doral news conference about the spreading Zika virus.

At the rally, Trump suggested Republicans who want conservatives appointed to the U.S. Supreme Court have no choice but to support him.