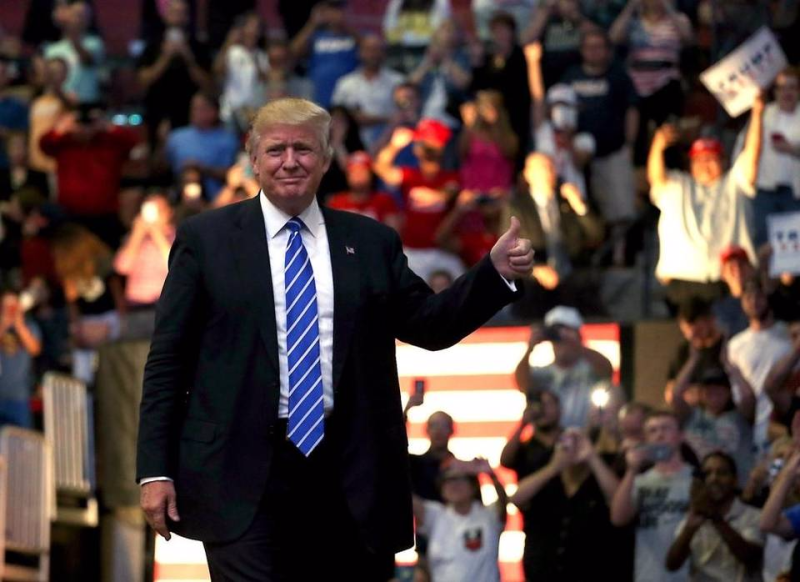 Looking to improve his poor standing with Hispanics, Donald Trump invited a group of politicians, pastors and business people from across the country to New York on Saturday to advise him on issues that matter to the nation's Latino community.

"This is a significant step Mr. Trump is taking to engage with the Hispanic community," RNC deputy political director Jennifer Korn Sevilla said in a statement. "By inviting this diverse group of Hispanic leaders to his personal office, Mr. Trump is opening the door to meaningful dialogue and shows he is determined to fight for every vote."

The council includes people from 12 states, including four from Florida. Two of them are state lawmakers from Miami: Reps. Carlos Trujillo and Jose Felix Diaz. Trujillo is one of Trump's Florida finance chairmen. Diaz was one of the RNC's Hispanic surrogates in last month's presidential convention.

The other two Florida members are Mario Bramnick, senior pastor of the New Wine Ministries Church in Cooper City, and Alberto Delgado, pastor of the Alpha & Omega Church near South Miami.

Also on the list are Jovita Carranza, a former deputy administrator of the U.S. Small Business Administration under President George W. Bush who flew to Miami from Illinois last month to hear from the Trump campaign, and Kentucky state Sen. Ralph Alvarado, who spoke a few sentences in Spanish from the convention stage in Cleveland.

"The RNC joins the Trump campaign in recognizing the diverse group of Hispanic leaders who are generously giving of their time and talent to be part of the National Hispanic Advisory Council for Trump," RNC Chairman Reince Priebus said in a statement. "Their participation is just one component of our expansive effort to engage the Hispanic community, and their contributions will help us compete for every vote in every community all the way through Election Day."

"He is unlikely to have any impact on our Latino numbers in the near future and if you examine the past 18 weeks, it is unlikely that he will manage to recover even his highest score of 17.3%," Professor Eduardo Gamarra wrote.

In contrast, Trump's Democratic rival, Hillary Clinton, has maintained "an iron clad grip" among Latinos of more than 70 percent support since May.

This week, the RNC launched a series of web videos -- narrated by Hispanic Communications Director Helen Aguirre Ferré, who is from Miami -- explaining GOP positions to Latinos.