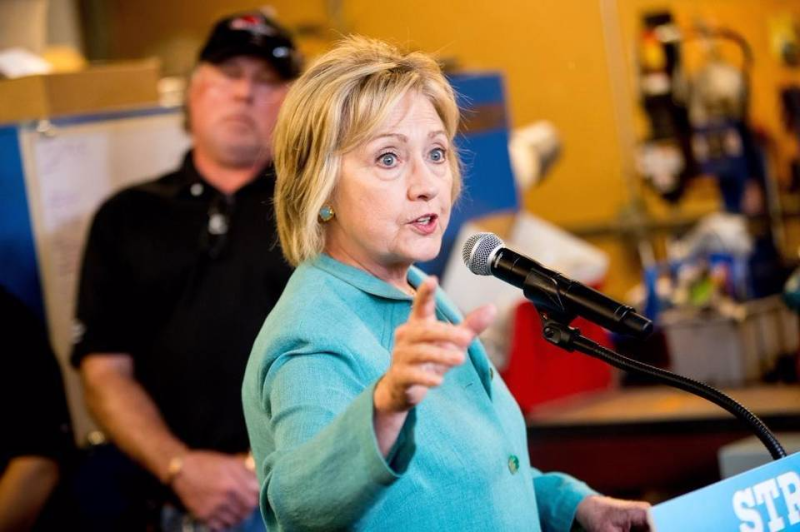 Clinton made strong gains with two constituencies crucial to a Republican victory – whites and men – while scoring important gains among fellow Democrats, the poll found.

Clinton not only went up, but Trump also went down. Clinton now has a 48-33 percent lead, a huge turnaround from her narrow 42-39 advantage last month.

The findings are particularly significant because the poll was taken after both political conventions ended and as Trump engaged in a war of words with the parents of Army Capt. Humayun Khan, who was killed in an explosion in Iraq 12 years ago while trying to rescue other soldiers.

“This is coming off the Democratic convention, where a bounce is expected,” said Lee Miringoff, the director of the Marist Institute for Public Opinion in New York, which conducted the nationwide survey.

“What you don’t want is to have the worst week of your campaign,” a characterization many analysts use to describe Trump’s recent days.

Other polls have shown Clinton in the lead, though Marist’s is the largest so far.

Among poll respondents, Clinton was seen more often as a potential president. Fifty-three percent said they would find her acceptable; 39 percent felt that way about Trump.