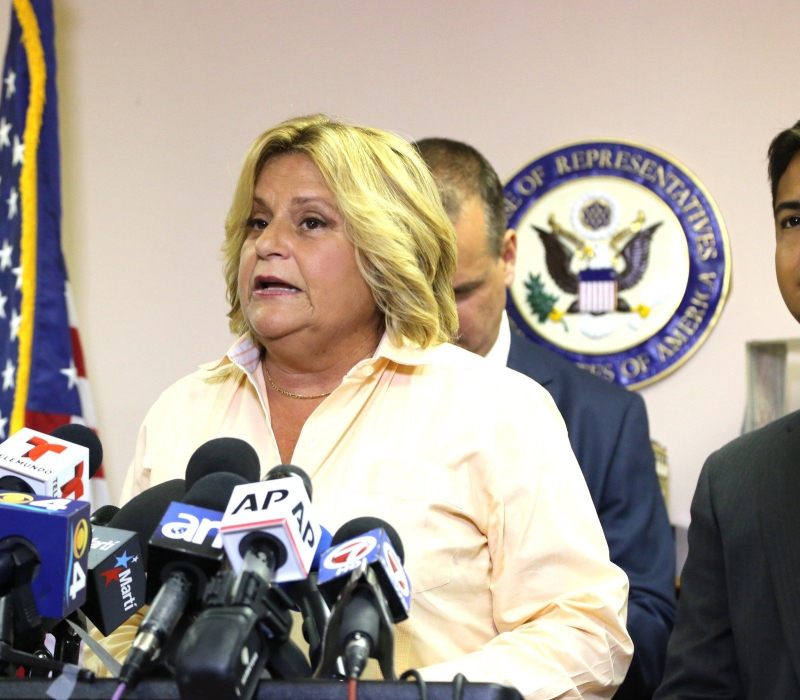 U.S. Rep. Ileana Ros-Lehtinen isn't going to vote for Donald Trump or Hillary Clinton for president, but she has no plans to vote for a third party candidate.

"I think I'll write in the name Jeb Bush," the Miami Republican told the Miami Herald editorial board Tuesday. "A candidate should espouse optimism."

Ros-Lehtinen said she is upset that Trump  "started his campaign by calling Mexicans rapists" and is now disparaging the family of fallen Muslim solider Humayun Khan.

"Many Republicans are upset with me and want to send a message, but there are better ways of sending a message," Ros-Lehtinen said of her decision not to vote for Trump.

Adams, who also spoke to the editorial board, compared Trump to a friend of his in high school that nobody liked but was "an acquired taste."

"Our candidate is one of those gentlemen," Adams said, adding that he hasn't fully written off voting for Trump but hasn't made his mind up yet.