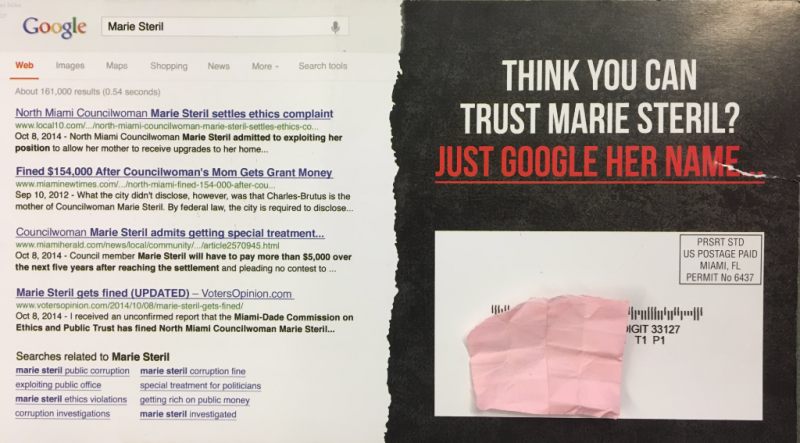 Former North Miami councilwoman Marie Steril is one of seven Democrats vying for a Little Haiti-based Florida House seat, but her record is under fire in a recent mailer sent across District 108.

The mailer references an ethics complaint that Steril settled after allowing her mother to receive lavish upgrades on a city-subsidized home renovation. The Department of Housing and Urban Development fined the city of North Miami $154,000 for failing to report the conflict of interest.

"Think you can trust Marie Steril?" the mailer reads. "Just Google her name."

The mailer is paid for by Engaged Florida, a political action committee that spent $19,337.12 for mail pieces on Aug. 9, according to state records. The chairperson and treasurer of the PAC is Christian Ulvert, a Miami-based political consultant working for Steril opponent Francesca Menes.

Ulvert did not immediately return a call for comment. 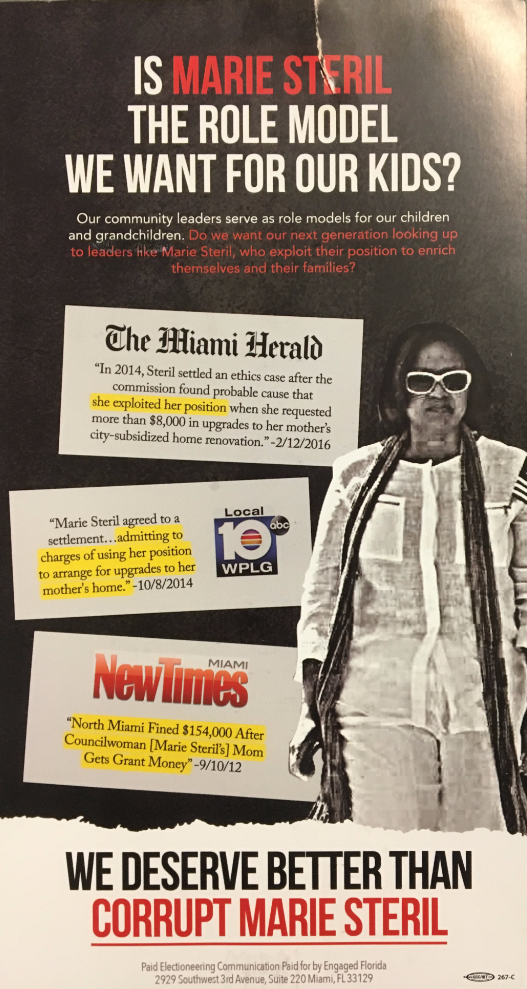