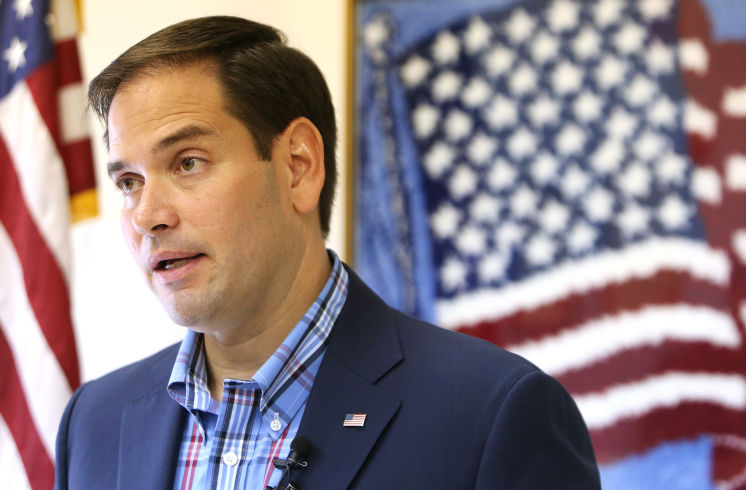 Marco Rubio's lead over either Democrat trying to block him from having a second term in the U.S. Senate is shrinking, a new poll of more than 1000 likely voters show.

Just 19 days out from the Florida primaries, Rubio now holds a 3 percentage point lead over Democrat Patrick Murphy, the new poll by Quinnipiac University found. If Rep. Alan Grayson is the Democratic nominee, Rubio would start that race with a 6 percentage point lead.

"Sen. Rubio's 10-point lead among independent voters over Congressman Patrick Murphy and his eight-point edge over Congressman Alan Grayson is the Republican's best weapon in his reelection race," said Peter A. Brown, assistant director of the Quinnipiac University Poll.

The Quinnipiac University poll from July 30 to Aug. 7, polled1,056 likely Florida voters and had a margin of +/- 3 percentage points.

Florida Republican and Democratic primary races are on Aug. 30.

Either Grayson or Murphy has to be hoping Republican Carlos Beruff can pull an upset against Rubio in the GOP primary. Against Beruff, either Democrat has a lead. The poll found Murphy was the choice of 48 percent of likely voters, while just 34 percent picked the Manatee County homebuilder. Another 18 percent said the did not know who they would vote for or would pick someone else. Grayson led Beruff 43 percent to 39 percent.

The close Senate race mirrors the presidential race, which Quinnipiac University on Monday which showed Hillary Clinton had a 1 percentage point lead over Donald Trump.

If Clinton wins in November, Democrats would need to win 4 seats held by Republicans currently to regain the majority. Democrats are now have leads in Illinois, Wisconsin, and Indiana. If they hold on to all three, the would need to win just one of the seats in either New Hampshire, Ohio, Pennsylvania or Florida, four states that are expected to have close races in November.