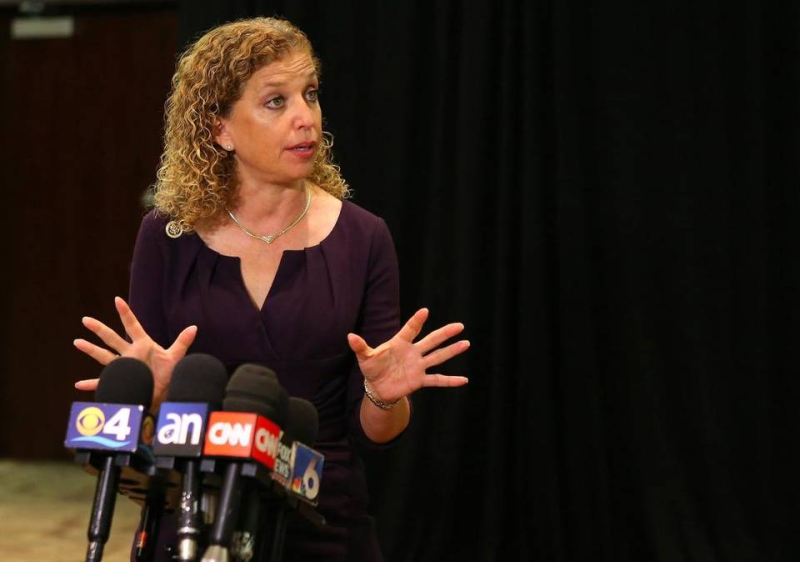 U.S. Rep. Debbie Wasserman Schultz is beating her Democratic rival Tim Canova by a landslide, a summary of a new poll done for a PAC shows.

The  Patriot Majority PAC poll shows she has a commanding lead: 59-26 percent with 15 percent undecided.

The poll also found that 61 percent view her favorably compared to 28 percent for Canova.

Global Strategy PAC did the poll of 400 voters between July 31 and Aug. 1, about a week after Wasserman Schultz announced she was stepping down as Democratic National Committee chair. The poll has a margin of error of 4.9 percent. The PAC has spent about $98,000 on the race so far. The Washington D.C. PAC was formed in 2005. The Center for Public Integrity wrote that the PAC is affiliated with Patriot Majority USA which is a "liberal, labor-backed nonprofit."