Rick Scott dismisses question about Trump's struggle with 'the Zika' 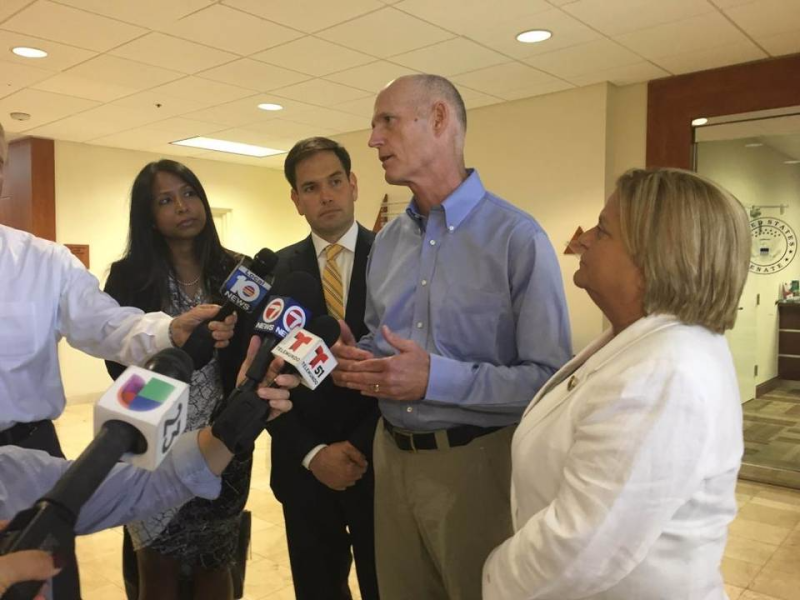 In his tour de Zika in Miami on Thursday, Florida Gov. Rick Scott got one question about Donald Trump's apparent lack of fluency when it comes to the mosquito-borne virus. Trump memorably referred to it as "the Zika."

A Miami Herald reporter asked Scott in Doral about Trump's Wednesday interview with the West Palm Beach CBS affiliate. The Republican presidential nominee struggled to articulate a position on whether Congress should convene an emergency session to fund virus prevention.

The Republican governor, who has backed Trump, didn't seem to give it much importance.

"Hillary Clinton," he added, "has never created a job in her life."