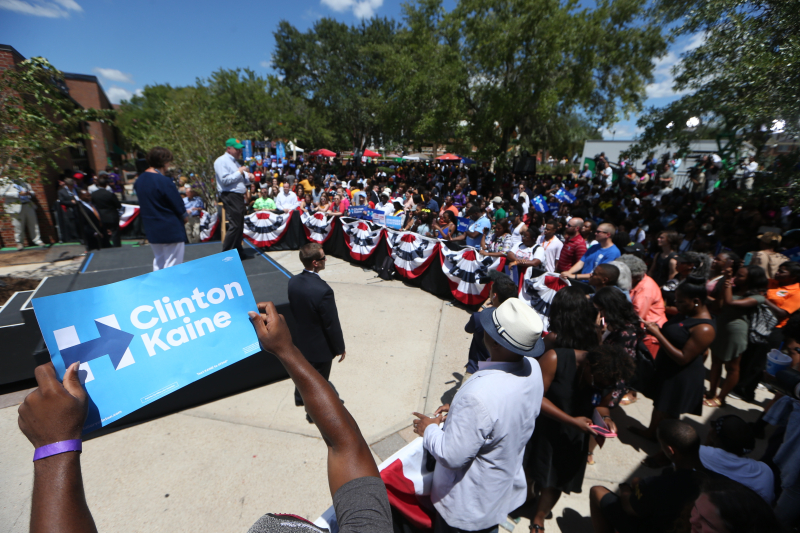 In a statement this evening, Republican National Committee Chairman Reince Priebus said Kaine had "sunk to new lows with dirty and deplorable attacks which have no place in this campaign."

"No matter how desperate he is to distract from his running mate Hillary Clinton’s litany of corruption scandals, there is no excuse for these vile and baseless smears," Priebus said.

While Kaine spoke at a get-out-the-vote event at Florida A&M University, he pivoted to attacking the Republican presidential nominee and the support he has gotten from people with racist views -- a day after Clinton delivered a speech in Nevada condemning Trump's rhetoric and accusing him of "helping a radical fringe take over the Republican Party."

Kaine in Tallahassee criticized Trump for "being behind the scurrilous and, I would say, bigoted notion that President Obama wasn't even born in this country."

"And Donald Trump has continued to push that irresponsible falsehood, all the way up til now, and that's the difference in this election," Kaine said.

The line that infuriated Priebus:

"Ku Klux Klan values, David Duke values, Donald Trump values are not American values. They're not our values, and we've got to do all we can to fight, to push back and win," Kaine told the crowd of FAMU students.