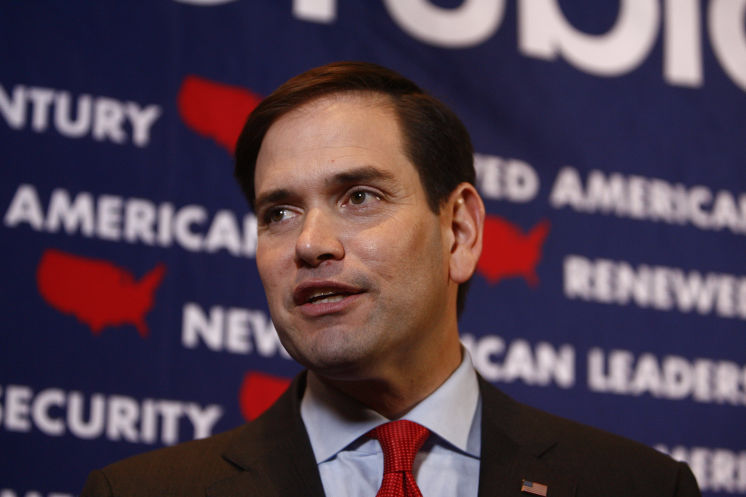 Sen. Marco Rubio is expressing doubts about the Trans-Pacific Partnership, suggesting he may be ready to reverse support, a stark example of eroding support for trade agreements in the Donald Trump era.

"Well, we still haven't made a final determination," Rubio told the Tampa Bay Times this week. "I've reviewed the trade commission's report. I've been meeting with advocates both for and against it. I'm a little disappointed in the returns on it — the economic returns are more modest than I had anticipated."

A reversal would be striking because Rubio has been an outspoken champion for the deal and free trade agreements in general. It comes as the White House is making a push for congressional approval in the lame duck session, a prospect that has triggered ferocious lobbying from both sides.

Rubio, who is running for re-election and still has presidential aspirations, said he has "a couple" of additional meetings with TPP proponents but added that he was also "concerned" about intellectual property issues.

"I believe we need a trade agreement, but it's got to be one that is good for America. We're only going to get one shot at it," Rubio said. "The returns on it are a bit more modest than I had anticipated. They're good for agriculture, but not very good for manufacturing."

"Proponents," he added, "I'm going to let them make their argument."

Rubio has been hedging for months, saying in January that he would wait for a May report from the International Trade Commission. Then he bought more time. His new comments are the most clear sign yet of a shift.

Breitbart News in June 2015 accused Rubio of being the "deciding vote" for TPP fast-track authority "without even reading" the deal. Rubio's office countered that he had.

Indeed, Rubio has been nothing but supportive, saying during a May 2015 speech at the Council on Foreign Relations — his first foreign policy address as a presidential candidate — that it was "more important than ever that Congress give the president trade promotion authority so that he can finalize the Trans-Pacific Partnership and the Trans-Atlantic Trade and Investment Partnership."

A month before, Rubio praised the deal in a piece for the Wall Street Journal as a way to "further our strategic goals in Asia and increase prosperity at home. … It will create the opportunity for emerging economies to become the next 'tigers' of Asia and enhance linkages between nations in the Western Hemisphere and East Asia."