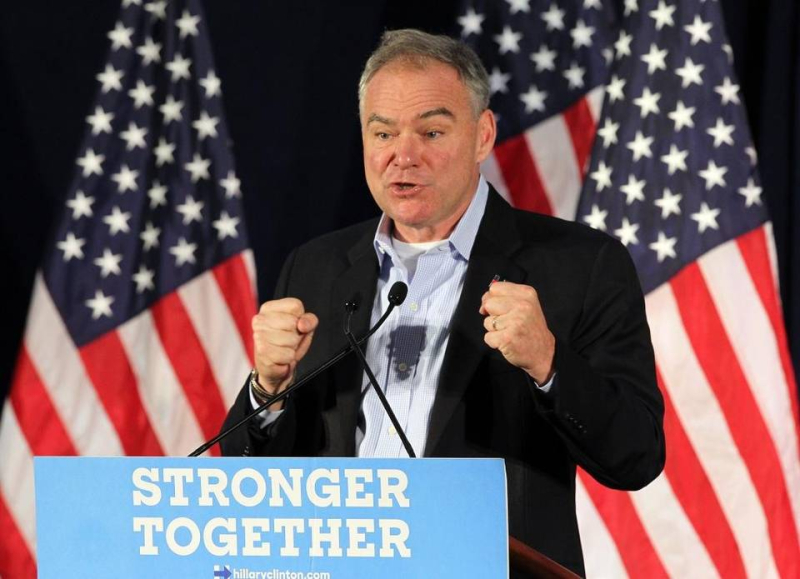 Tim Kaine said that in order to defeat terrorists the United States must continue to work with alliances while Donald Trump will set the country on a path to “isolation” and “weakness” in a speech in Broward Saturday morning.

“There is sharp distinction between a Hillary Clinton who understands the value of alliances and making us stronger and Donald Trump who seems to think building walls and tearing down alliances is a path to strength,” Kaine said in a speech in Broward Saturday morning. “It is a path to isolation and it’s a path to weakness.”

Kaine attacked Trump for questioning the importance of NATO to the U.S.

“If you tear up NATO and say now we don’t need alliances anymore, who are you going share intelligence with?” he said at the Southwest Focal Point Senior Center in Pembroke Pines.

Kaine campaigned in Democratic-rich Broward County on the last weekend before the state’s Tuesday primary and in the district of U.S. Rep. Debbie Wasserman Schultz, a former national party chair who faces a well-financed challenge from Tim Canova —who is backed by Bernie Sanders. Kaine thanked Wasserman Schultz for attending, but made no comments about her campaign.

Kaine also used his speech in Pembroke Pines to attack Republicans — both Gov. Rick Scott and the GOP in the U.S. Senate — for avoiding tackling the problem of sea level rise.

“You’ve got a governor who ordered his officials not even to use the term climate change...,” Kaine said. “I think Floridians are like Virginians — we are proscience people. ....We accept the notion that there is climate change, that human activity is causing it.”