Trump endorsed Rubio, but Beruff continues to make play for Trump supporters ahead of primary 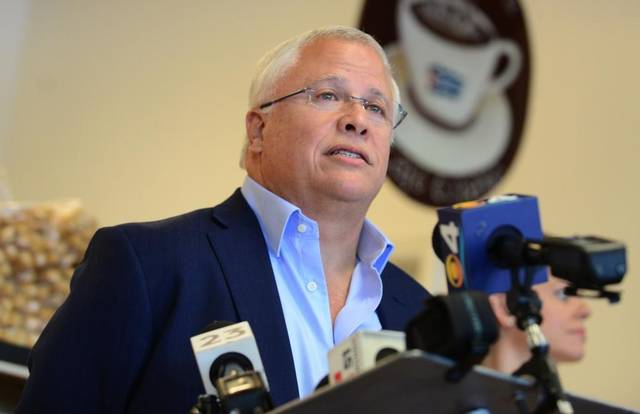 With Donald Trump back in Tampa Bay, U.S. Senate candidate Carlos Beruff is trying again to make a play for support from Trump backers.

"Carlos Beruff supports Donald Trump 100%," Beruff's campaign declared in a press release that went out just an hour before a rally at the Florida State Fairgrounds in Hillsborough County.

More specifically, Trump and Beruff see eye to eye on a temporary ban on immigration from the Middle East and on building a wall along the U.S. border with Mexico, the press release declares.

Beruff's big problem? When Trump's was in Florida earlier this month he left little doubt he supported Marco Rubio for re-election.

"By the way, I endorsed Marco Rubio, he endorsed me. He's doing well. Vote for Marco," Trump said at a rally in Daytona.