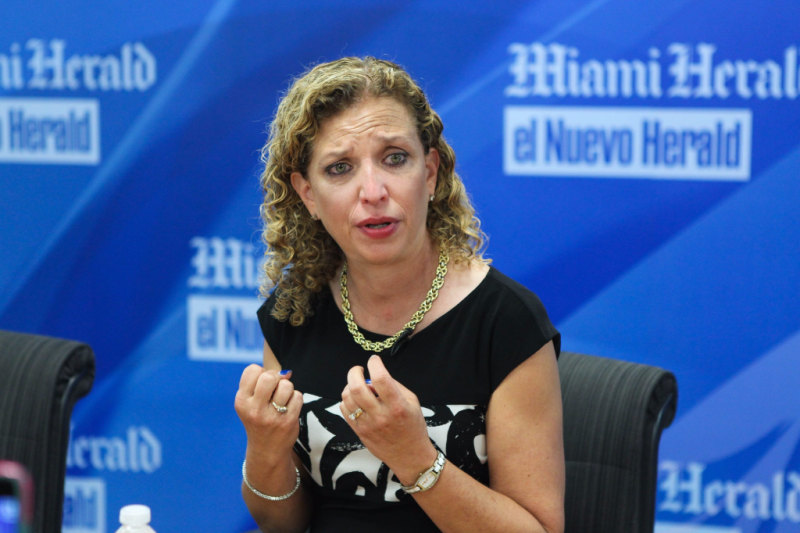 “Well, he was acting like an ass,” she told the Miami Herald editorial board Thursday.

She was defending an internal Democratic National Committee email obtained apparently by Russian hackers and published by the website WikiLeaks. The email trove forced Wasserman Schultz out of her position as DNC chairwoman just before last week's presidential convention.

Wasserman Schultz, who is running for re-election, told the Herald she and her staff expressed themselves assuming their emails would remain private. But she expressed no regret over her characterization of Jeff Weaver, Sanders' campaign manager, who at the time had suggested Sanders would extend his campaign until the convention.

“The Sanders campaign — and I give them credit for it — their strategy at that point was to make the DNC the bogeyman, and make me the bogeyman, so they could rally their supporters,” she said.

Wasserman Schultz also denied a Politico report that she asked Vice President Joe Biden for a video to play at her daughter’s bat mitzvah.

“Not true,” she said. “I really don’t think it’s appropriate for me to be responding to anonymous criticism. If people don’t have the nerve to be critical and put their name to it, then I’m not going to box nameless, faceless critics.”