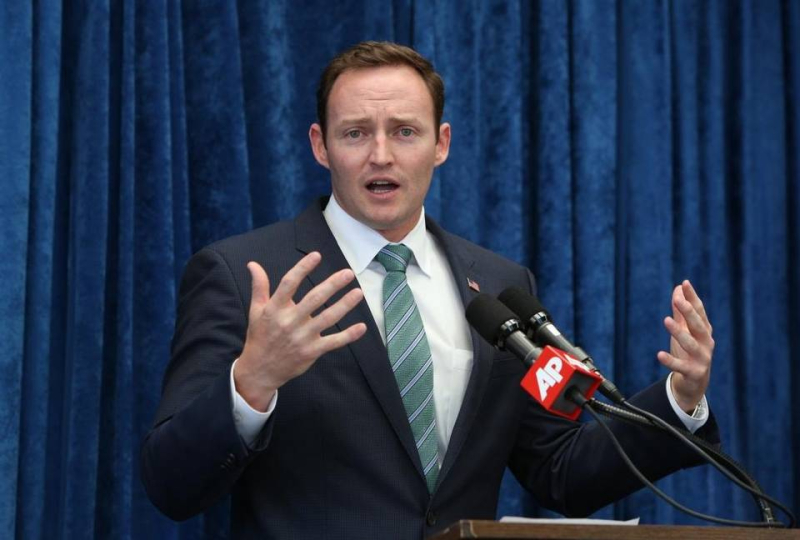 A conservative-leaning watchdog group plans to file a complaint with the Federal Election Commission on Wednesday that accuses Democratic U.S. Senate candidate Patrick Murphy of illegally coordinating with super PACs that support his bid to unseat Marco Rubio.

"Through obscure postings on his website, Murphy is instructing organizations, with which he is not permitted to coordinate, to run advertisements beneficial to his campaign," alleges the 20-page complaint from the Foundation for Accountability and Civic Trust -- a copy of which was provided to the Herald/Times.

FACT said Murphy is using his campaign website to provide guidance to friendly super PACs on what ads to run and where.

For example -- as the Tampa Bay Times' Alex Leary previously reported -- Murphy in March posted on his campaign website a nearly 6-minute, silent video of "b-roll" that was ripe for outside advertisers to download and use. (This summer, Murphy's website also had a document highlighting Murphy's positions and offering attacks on Murphy's then-primary opponent, Alan Grayson.)

Super PACs aren't subject to contribution limits, and they're forbidden from coordinating with candidates' campaigns.

In response to FACT's allegations, Murphy spokeswoman Galia Slayen said Wednesday morning: "We expect the FEC to dismiss this frivolous and unfounded attack, as they have with hundreds of complaints filed by partisan political action committees every year, including similar complaints against Senate Majority Leader Mitch McConnell.”

FACT uses its latest complaint to regurgitate some of its earlier qualms with Murphy.

This is the second FEC complaint from FACT that accuses Murphy of illegally coordinating with a super PAC because of his father's financial involvement. In May, the group complained that a majority of dollars given to Floridians for a Strong Middle Class had come from Murphy's father -- through both him and the family business, Miami-based Coastal Construction Group.

When faced with questions earlier this year about his father's contributions to the super PAC, Murphy's campaign said: "It goes without saying that our campaign follows the letter and the spirit of the law."

"Patrick Murphy is illegally and stealthily coordinating with super PACs supporting his candidacy because he wants to not only avoid spending millions of dollars on television ads, but also hide the fact that his campaign is being funded by his family’s money,” FACT executive director Matthew Whitaker said in a statement.

FACT says it is "non-partisan" but the organization has ties to the conservative Koch brothers. Charles Koch is among the contributors to DonorsTrust, which OpenSecrets.org previously reported is the sole funding source for FACT. Groups affiliated with the Koch brothers are supporting Republican incumbent Marco Rubio's campaign for re-election.

If FACT's latest complaint is deemed valid, Murphy's campaign would be notified and given a chance to respond. (Murphy's campaign reportedly faced that step in July with another, unrelated FEC complaint brought by a Republican super PAC.) Until a complaint is resolved, the FEC is required under law to keep its review confidential.