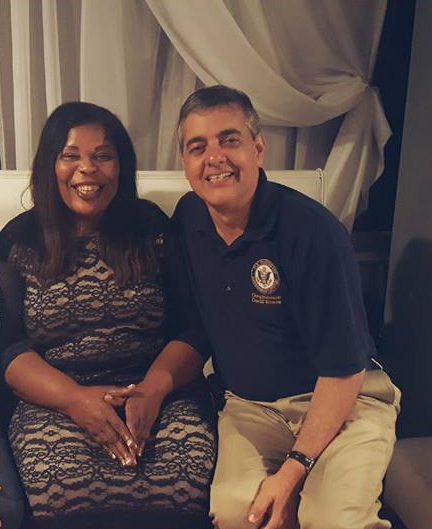 Daphne Campbell was all smiles during a post-election victory party at MOCA Cafe & Lounge in North Miami.

And the Democratic state representative had a few guests from the other side of the aisle.

Campbell, who is the heavy favorite to win the Democratic-leaning Senate seat against no-party candidate Phillip Brutus in November, has a voting record on social issues like abortion that aligns more with Republicans than Democrats.

A.D. Lenoir, a Miami pastor and 2014 county commission candidate, posted the photo with Diaz and Campbell on Facebook.

"Congratulations to Senator Daphne...the most conservative Democrat that I know!" Lenoir's post said. "Standing strong & solid on your Christian values, pays dividends in the end!"

Campbell posted the picture with Rivera herself.
"Daphne Campbell is a strong Christian woman of faith who praises God for her blessings just as I do," Rivera said in a text message to the Miami Herald.
Rivera and Campbell have dealt with legal challenges in the past. Rivera remains involved in a pending federal investigation and faces allegations of violating state ethics laws. Campbell was under investigation by the state attorney on allegations of Medicaid fraud and her campaign manager recently completed probation for campaign finance violations. Neither has been charged or indicted.

Diaz and Campbell did not immediately return a request for comment. 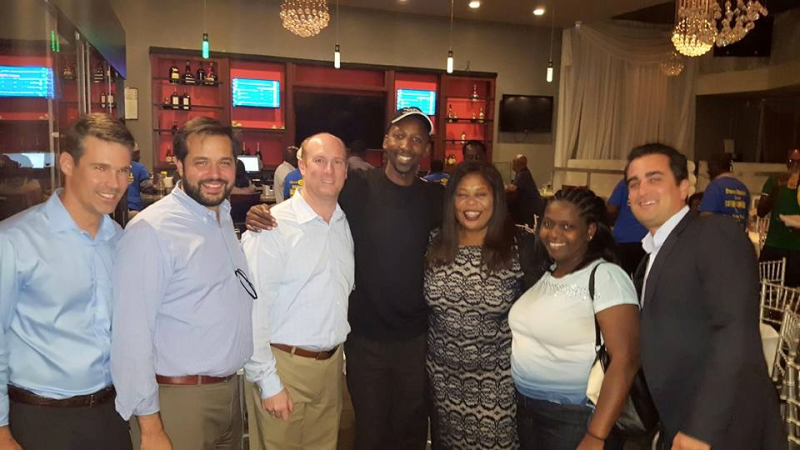