DCCC fully backs Garcia, after opposing him in primary 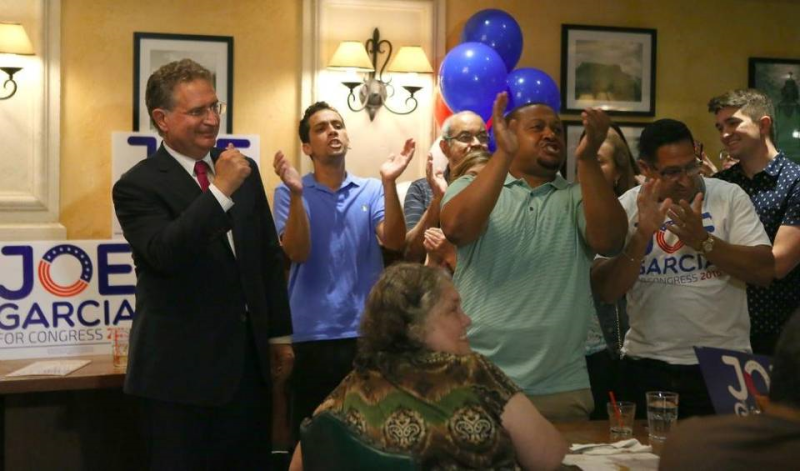 The DCCC had opposed Garcia in the primary, backing Annette Taddeo instead. The party wasn't quick to switch gears, though it did put out a Spanish-language radio ad two weeks ago for Garcia and against Republican Rep. Carlos Curbelo.

"Congressman Joe Garcia has spent his entire life in public service, working for his community and making sure everyone can achieve the American dream," DCCC Chairman Ben Ray Luján said in a statement. "From fighting to protect the Affordable Care Act, to effectively working towards fixing our broken immigration system, Joe has always stood by these values."

The red-to-blue program is meant to highlight candidates in Republican-held districts most likely to flip to Democrats. With the designation comes additional fundraising support. Garcia has been on the program every time he ran for Congress as a challenger, in 2008, 2010 and 2012.

Garcia was ousted by Curbelo two years ago after a single term in Congress, but the 26th congressional district now leans more Democratic after having been redrawn.