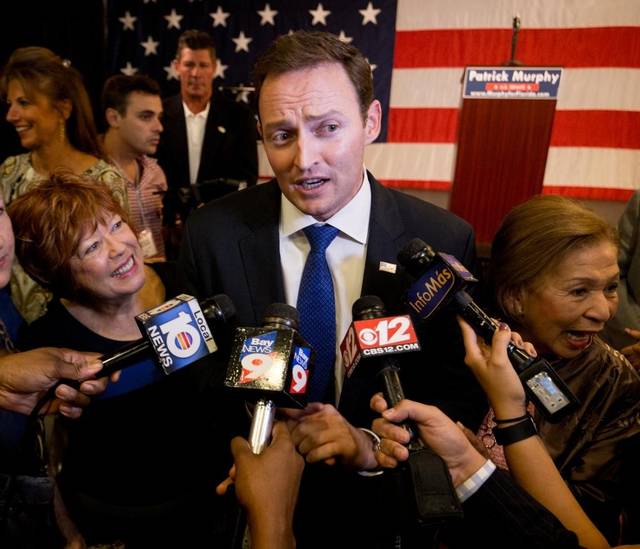 Murphy's campaign announced this morning the endorsement of the national Sierra Club. And, an official at the Everglades Trust has told the Herald/Times that it, too, is backing Murphy, although no formal announcement has been made yet.

Murphy has focused heavily on environmental protection and Everglades restoration during his two terms in Congress.

Michael Brune, the Sierra Club's executive director, called Murphy an "environmental champion" because of his defense of the Everglades, his opposition to off-shore oil drilling along Florida's coasts and his support for national and global action on climate change.

Everglades Trust executive director Kimberly Mitchell told the Herald/Times that Murphy earned the Trust's support, because he "gets it" when it comes to the need to buy up land south of Lake Okeechobee for Everglades restoration.

During the primary phase of the campaign, Murphy also nabbed the endorsement of the League of Conservation Voters.

Both Murphy and Rubio have fought in recent years to get congressional authorization on Everglades-related projects.

On the campaign trail, Murphy has cited as among his top legislative accomplishments his work with Florida's congressional delegation in 2014 to allocate $1.9 billion in federal funding for four Everglades restoration projects, including some in his congressional district.

More recently, Rubio has touted his work to get a separate $1.9 billion in clean-up projects secured in the latest water bill, which the Senate passed earlier this month.

Climate change proves to be an easy contrast between their records.

Murphy said he supports national and global policies to combat sea-level rise and other effects of climate change, while Rubio has said such measures could damage the economy without actually solving the problem. In contrast to scientific consensus, Rubio has said he doesn't believe humans are driving climate change, and he once quipped during his unsuccessful presidential run that "I don’t have a plan to influence the weather."

*This post has been corrected to fix Kimberly Mitchell's title at the Everglades Trust.