Gingrich says Trump has temperament to be commander in chief 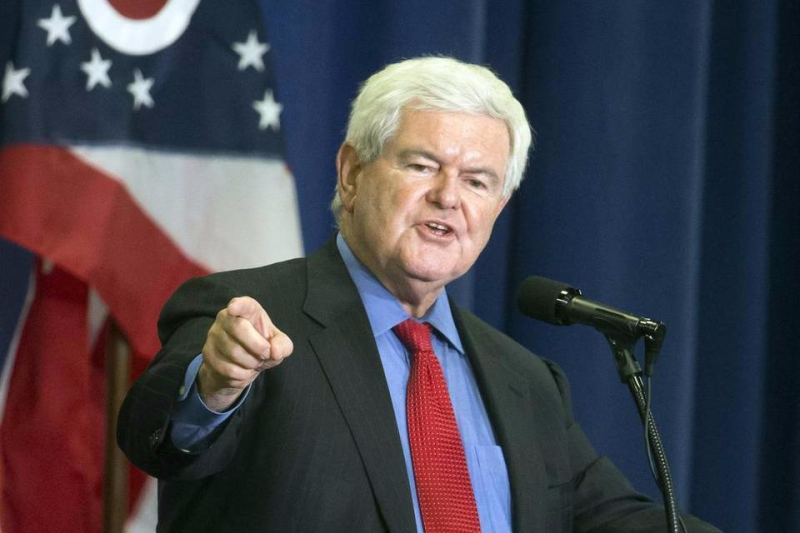 During the GOP primary, Marco Rubio, Jeb Bush and other opponents repeatedly cast Donald Trump as unprepared and too erratic to be commander in chief. Of course, Trump beat them all.

That is still an open question for the general election and Hillary Clinton will give a speech in Tampa Tuesday afternoon that hammers the same theme as Trump’s former rivals. Rubio’s words have already been used in TV ads attacking Trump.

Gingrich was deployed by the Trump campaign to make the case that he has the right temperament and decision making ability.

“Trump has a very large personality, which he has cultivated his whole life and has enabled him to become a showman and an icon and a star and a billionaire many times over. Under it, this is a pretty relentless, serious guy,” Gingrich said.

He traced Trump's business career, from real estate to reality TV and beauty pageant maven. "That doesn’t strike me as a guy who is temperamentally likely to fly off the handle. It strikes me as a guy who is noisy but when it matters, is pretty good at serious decision making."

Gingrich referred to a letter released Tuesday by the Trump campaign that carried the names of 88 retired military leaders who have endorsed the nominee.

“We’ve been engaged in a war for at least 15 years … and we haven’t won. All the trillions of dollars, all the loss of lives, all the severely wounded … you have to concede that the region is more dangerous today, it’s more chaotic today,” Gingrich said. “We have no evidence that our senior elites in either party are prepared to rethink it. So in a way, having a new guy who has new ideas and is not automatically saluting the old solutions may be the most important single step.”

On immigration, Gingrich said he thinks Trump’s shifting views on what to do with millions of people in the U.S. illegally shows Trump grasps the complexity and humanity of the issue.

“I think he’s begun to realize it’s not as simple … he’s going to have to wrestle with the same problem everybody else has,” Gingrich said. “I suspect he’ll find some compromise that enables people to become normalized. Whether or not that puts them on a track for citizenship is a different question. I think he will recognize that you need to bring them in so they are not illegal.”

Will that risk turning off Trump’s most ardent supporters? “When you get down to humans as opposed to nameless, faceless, generalities, people have bigger hearts.”