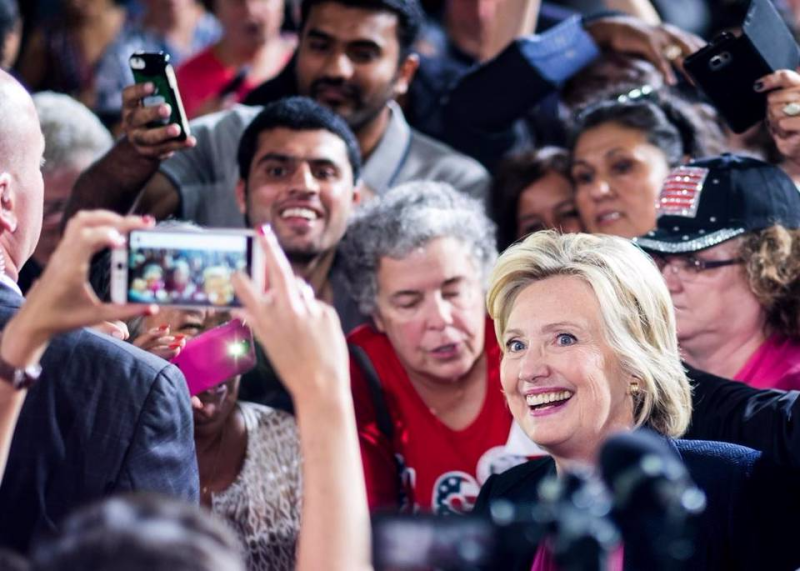 TAMPA -- With the campaign entering its final two months, Hillary Clinton returned to the Tampa Bay area Tuesday to draw a point-by-point contrast between herself and Republican nominee Donald Trump, especially as a potential commander-in-chief.

“This is a countdown to one of the most important elections of our lifetimes,” the Democratic nominee told a crowd of about 1,500 at the University of South Florida, many who held cell phones aloft to record the moment.

Trump, she said, describes an America she does not recognize and has an unrealistic view of what the president actually does.

The work ahead, she said, “cannot be done by any one person. It must be done by all of us. That is something that Donald Trump does not understand.”

Although the speech was touted by her campaign as focusing on national security, the first and last parts were largely about domestic issues like jobs, education and tax policy.

“We’re going to make this economy grow, but we’re also going to make it fair,” Clinton said. She called for raising the minimum wage, giving students relief from college debt, expanding solar energy, growing vocational education and apprenticeship programs and creating a “rapid response fund” for public health emergencies so states like Florida wouldn’t have to depend on Congress when facing a threat like the Zika virus.