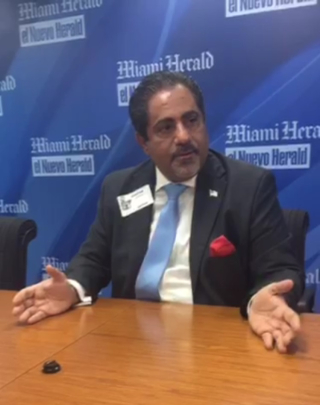 One of the independent candidates running for Florida’s U.S. Senate seat this fall says he favors blind voting as a solution to the “hyper-partisanship” and gridlock of Congress.

Coral Gables aviation businessman Tony Khoury told the Miami Herald’s editorial board on Wednesday that “on certain hot issues” — like funding to combat the Zika virus — senators shouldn’t have to be pressured or labeled as having voted for or against a controversial measure.

“We should have 100 white marbles [and] 100 black marbles, and we should have a secretive vote so that way every senator will go in there and he has a choice,” Khoury said.

Khoury said he isn’t concerned that if senators didn’t have to put their names behind their positions, their constituents wouldn’t know how their representatives voted.

“In certain issues, does it matter when they have good things happening for the American people? Does it matter?” Khoury told the editorial board.