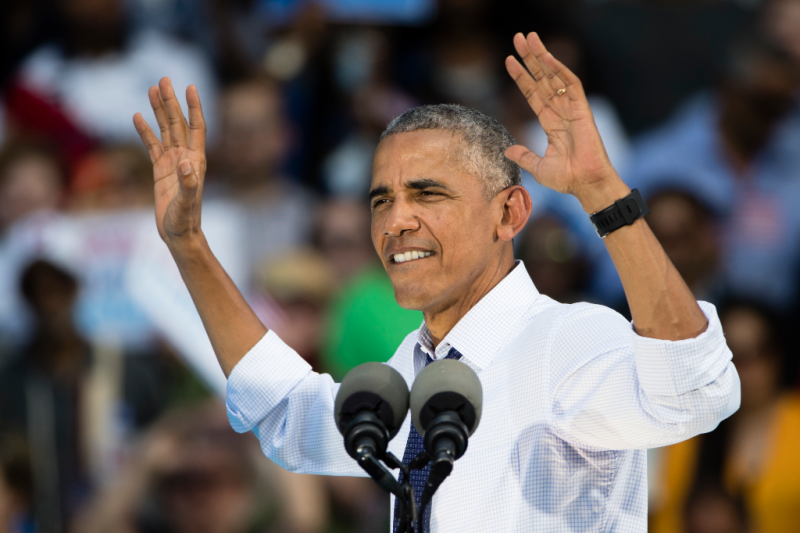 Listeners who tuned in to Miami’s Hot 105 radio for the usual afternoon banter and R&B tunes got something a little different Tuesday: a voting pitch directly from President Barack Obama.

“Y’all stayin’ out of trouble?” he said by way of greeting when he called in and went on air with hosts Rick Party and Benji Brown.

When Party and Brown quipped that they didn’t know how to address him — “PBO? Or Barry B? Or BO?” — Obama replied: “You know, just call me POTUS, man.”

A hard-hitting interview it was not.

Instead, Obama got a chance to do some campaigning for Hillary Clinton to African-Americans in Democrat-rich Miami-Dade County. A few hours earlier, he had rallied Clinton supporters in Philadelphia.

“Hillary Clinton is somebody who I have worked with, who I know, who I have confidence in, who has a track record of working on behalf of civil-rights issues and voting-rights issues and criminal-justice issues and health care and children’s-poverty issues,” he told Hot 105. “And the other guy, you know, I don’t know what he’s done to help somebody other than himself.”