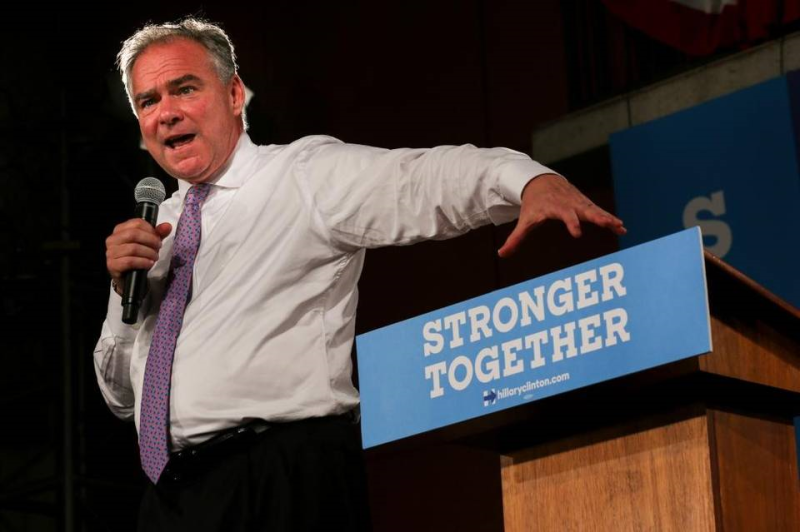 A day before Hillary Clinton and Donald Trump were set to face off in the first head-to-head presidential debate, Clinton’s running mate Sen. Tim Kaine was at Miami Dade College’s Kendall campus trying to garner votes — especially from 18-35 year-olds.

“Hillary and I are with you,” he said to an eager crowd. “The other guys are against you.”

Kaine’s entrance on a makeshift stage came after several supporters spoke about getting the Democratic candidates elected to address gun control laws, the economy and other critical issues.

“We need to make sure Donald Trump doesn’t get anywhere near the White House,” Debbie Powell, state Senate candidate for District 39, told a roaring crowd.

Among the speakers: Former Florida governor and U.S. senator Bob Graham, who began his speech with a moment of silence for Miami Marlins pitcher José Fernández, who was killed early Sunday in a boat crash.

“This is a day of sadness for our community,” Graham said. “We all feel a sense of knowing him.”