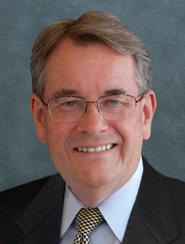 The organization that led the fight to successfully challenge Florida's legislatively-drawn political districts, the League of Women Voters, is urging trustees of the University of West Florida to reject the appointment of former Senate President Don Gaetz as its next president because of his role in his chamber's circumvention of the Fair Districts amendment.

"We are writing to question how former Senator Don Gaetz, who led a conspiracy to violate The Florida Constitution can even be considered for leadership in any of Florida's esteemed organizations?,'' wrote LWF president Pamela Goodman Wednesday in a letter to the UWF Board of Trustees.

The board has selected Gaetz as one of four finalists to become the university's next chief. They are expected to make a recommendation on Thursday.

"As Chairman of the committee responsible for drawing the Senate map, he publicly proclaimed that the legislature's process for redistricting was following the new constitutional provisions even as legislators and staff were conspiring with outside political operatives to not only violate the constitution but also to hide the scheme from the public,'' Goodman wrote.

"How can you possibly consider appointing as president of your university this man who thumbed his nose at the constitution and lied about it publicly? Is this the sort of role model you want for students, faculty, families and the community?"

The Florida Supreme Court agreed with a trial court that the Legislature had intentionally violated the Constitution when it allowed political operatives to infiltrate the redistricting process and drew Congressional and state Senate maps that favored incumbents and Republicans. Court-ordered maps were approved last year and this election cycle is the first time the new maps have been put in place.

Documents filed in Leon County Circuit Court as part of a lawsuit over the Senate map, showed that Republican operatives faked “public” submissions, possessed draft Senate maps more than a month before senators, and submitted Republican-leaning maps that matched pieces that became the foundation of the adopted Senate redistricting plan.

The elaborate plan also included staffing up public hearings with fake testimony and building maps in the shadows and the depositions and documents also showed the degree to which Gaetz, R-Niceville, was involved in the decision making.

The testimony revealed that Gaetz's long-time political consultant Rich Heffley and Republican Party of Florida advisor Frank Terraferma were working on producing maps that were identical to the staff-drafted map more than a month before the Senate released its proposed map on Nov. 28. And before the public release of that map, Gaetz was privately conducting secret briefings with individual senators, some via video conference, in which they discussed possible alterations to the map.

Gaetz would later tout the process as “the most transparent” redistricting in Florida history. But John Guthrie, former staff director of the Senate Reapportionment Committee who retired in June 2015, said Gaetz intentionally met individually with senators so they could “share their reactions” and avoid the public meeting requirements of Senate rules.

Gaetz later admitted that he had made mistakes as head of the Senate’s redistricting effort, including not putting political operatives under oath when they appeared before his committee claiming they were unaligned members of the public. But the episode took its toll on Senate relationships.

Gaetz is considered a favorite among the candidates in the politically-charged process of selecting a university president, but he has also drawn the most public opposition. The UWF Faculty Senate passed a resolution Friday opposing to Gaetz as a presidential candidate and UWF students created an online petition, “Argos Against Gaetz.”

“In politics, there are a few running for office who are trying to affect the many who are trying to vote, and in this selection process, there are many who are not voters, but who are attempting to influence the few who are voting," Gaetz told the Pensacola News Journal. "It's kind of a reversal of the kind of election process that I've been used to."

Here's is the League of Women Voters' letter:

September 14, 2016
Attn: Mr. Lewis Bear, Jr.
Mr. Mort O'Sullivan
Mr. Richard "Dick" Baker
Mr. Greg Britton
Mr. Dave Cleveland
Dr. Theodore "Ted" Fox
Mr. Robert "Bob: L. Jones
Ms. Suzanne Lewis
Rev. LuTimothy May
Mr. Jack Hebert
Mr. Jay S. Patel
Mr. Robert "Bob" Sires
Ms. Bentina C. Terry
Dear University of West Florida Board of Trustees,
It is with great concern that the League of Women Voters of Florida writes today as you consider a leader who will determine both the future and the reputation of one of Florida's best universities.
We are writing to question how former Senator Don Gaetz, who led a conspiracy to violate The Florida Constitution can even be considered for leadership in any of Florida's esteemed organizations?
Former Senator Don Gaetz, took an oath to uphold and enforce the Florida Constitution and then presided over the Senate Reapportionment Committee in 2011 and 2012 as it engaged in a devious conspiracy to violate the Fair Districts provisions of the Constitution that was passed by a 63% threshold and over 3.1 million citizens in 2010. As Chairman of the committee responsible for drawing the Senate map, he publicly proclaimed that the legislature's process for redistricting was following the new constitutional provisions even as legislators and staff were conspiring with outside political operatives to not only violate the constitution but also to hide the scheme from the public. How can you possibly consider appointing as president of your university this man who thumbed his nose at the constitution and lied about it publicly? Is this the sort of role model you want for students, faculty, families and the community?
This is a man who, as a Senator and Chairman of the Senate Reapportionment Committee, took an oath to abide by the laws of The Florida Constitution. As Chair of this committee, maps were passed that were drawn without transparency and resulted in complete noncompliance to the law. Senator Gaetz then went on to lead the entire Senate as senate President 2013-2014 and maintained the body's position throughout multiple court cases. Finally, on July 28, 2015, the Florida senate filed a Stipulation and Consent Judgement that states:
"The Florida Senate stipulates and agrees that the apportionment plan adopted by the Florida legislature on March 27, 2012 to establish Florida's Senate districts violates the provisions of the Florida Constitution." They admitted, "the Enacted plan and certain districts WERE drawn to favor political party and incumbents."
They agreed the plan should NOT be enforced for the 2016 elections and agreed to redraw the map. They agreed no deference should be given to them.
Is it proper for the students of University of West Florida to be led by a president who took an oath to follow the Florida Constitution and then led a conspiracy to violate it? Is it fiduciary responsible to allow a man to oversee a university budget that purposefully spent over $10 million of taxpayer dollars in litigation costs and $1million in special session costs defending a process and maps that he presided over and was proven in court to be unconstitutional?
Is this the best that Florida can do? Is this the message that you want to send to the students, faculty and families and community of our great state?
We hope you will consider carefully the lesson that your selection will send to every citizen in the state of Florida. What happens in Tallahassee should not stay in Tallahassee, and we hope you will thoroughly re-acquaint yourself with the detailed public record of exactly what happened during his tenure of leadership of reapportionment and his Senate presidency during this carefully watched national story.
With appreciation,