« Rubio to join Pence at GOP dinner in Tampa | Main | Will the governor and Cabinet hold FDLE accountable for investigating inmate deaths? » 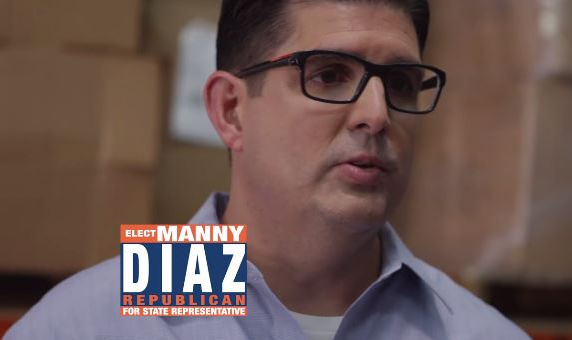 Highlighting his work on education policy, the Republican spent more than $87,000 on TV ad buys in late August and early September, according to his most recent campaign finance disclosure to the state.

"Improving our education system and creating new jobs are my priorities. I'm working to make Florida better for my family and yours," Diaz said in a statement.

Diaz, who's seeking a third and final term in the Florida House, is a prime target for Democrats this fall. Democrat Ivette Gonzalez Petkovich is challenging him in November.

Democrats want to unseat Diaz because doing so would prevent him from having even further influence on school choice policies, which Democrats say undercut traditional public schools.

Diaz was the House Choice & Innovation Subcommittee chairman in the 2016 session and is on track to be either House education policy chairman or education budget chairman, if he's re-elected.