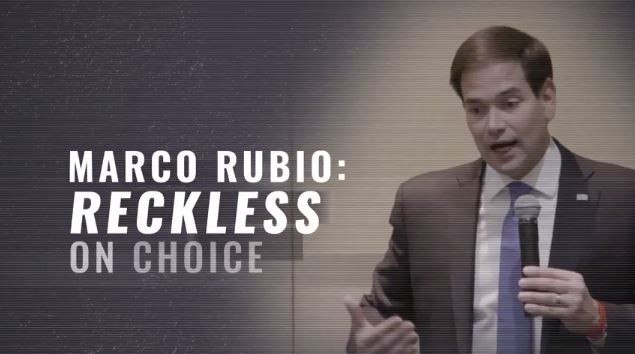 Murphy's ad slams the incumbent Republican U.S. senator for being "reckless on choice."

The 30-second spot highlights Murphy's new endorsement from the Planned Parenthood Action Fund and mentions he is "100 percent pro-choice," while Rubio specifically opposes exceptions for abortion in the cases of rape, incest or for pregnant women infected with the Zika virus.

Murphy's campaign says the ad will run statewide as part of a "seven-figure" buy.

"Marco Rubio is reckless on a woman's right to choose, radical in his attacks on women’s health funding, and irresponsible in his anti-woman rhetoric," Murphy said in a campaign statement. "Florida women deserve a senator who will stand up for their right to make their down health care decisions."

In response to Planned Parenthood's endorsement of Murphy today, Rubio's campaign said in an earlier statement that Murphy was "leaning on liberal interest groups to prop him up," because his campaign "is floundering."

As for Murphy's new ad, Rubio spokeswoman Olivia Perez-Cubas said, "Patrick Murphy is distorting Marco's record like he distorted his own resume."

"Not only does Murphy support using taxpayer money to fund abortions, he also supports late-term abortions. Murphy's extreme positions on abortion put him out of touch with the vast majority of Floridians," Perez-Cubas said.