« Scott picks Tampa water utilities veteran as the next PSC commissioner | Main | Will sprawl doom Florida? Projecting into the future in 2070 » 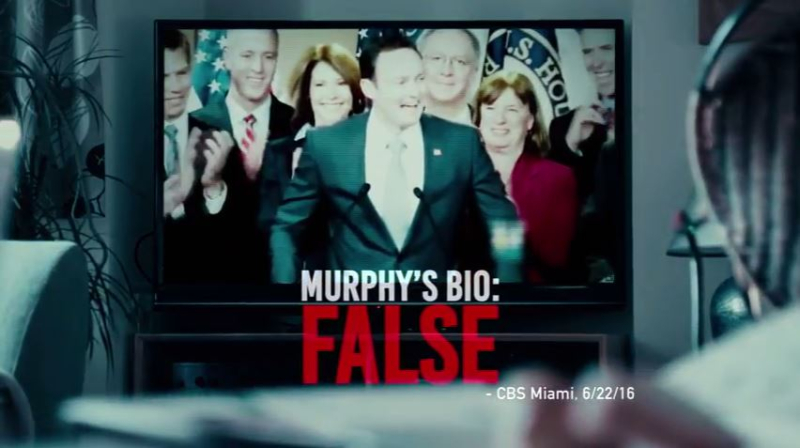 The National Republican Senatorial Committee is out with yet another ad criticizing Democratic U.S. Senate candidate Patrick Murphy for embellishing his résumé.

The ad cites a CBS4 Miami report from June as its source to say that Murphy "never" worked as a CPA or "never" was a small business owner.

Murphy's explanation of what he did in those roles has evolved since last spring, after the media started vetting his résumé. But while he might have oversold his credentials, Politifact found: "In both cases, the word 'never' is too extreme to characterize Murphy’s work experience."

Murphy's campaign has repeatedly pushed back on Republicans' attacks over the Jupiter congressman's résumé, saying they've been "discredited."

"All the NRSC has 'revealed' in this ad is repeated lies, which have been rated 'mostly false' by PolitiFact, a respected, independent fact-checker," Murphy spokeswoman Galia Slayen said in a statement. "After Marco Rubio abandoned Florida to pursue his own political ambition, it's clear that Rubio and his special interest allies have nothing but lies to run on."

But the nuances of Murphy's résumé are not as black-and-white as either side likes to portray it. Learn more here from Politifact about the extent of Murphy's CPA and small business experience.

Meanwhile, this week, Politifact also rated "Mostly True" a claim in an ad from Republican incumbent Sen. Marco Rubio, which said Murphy had embellished his academic credentials from the University of Miami.