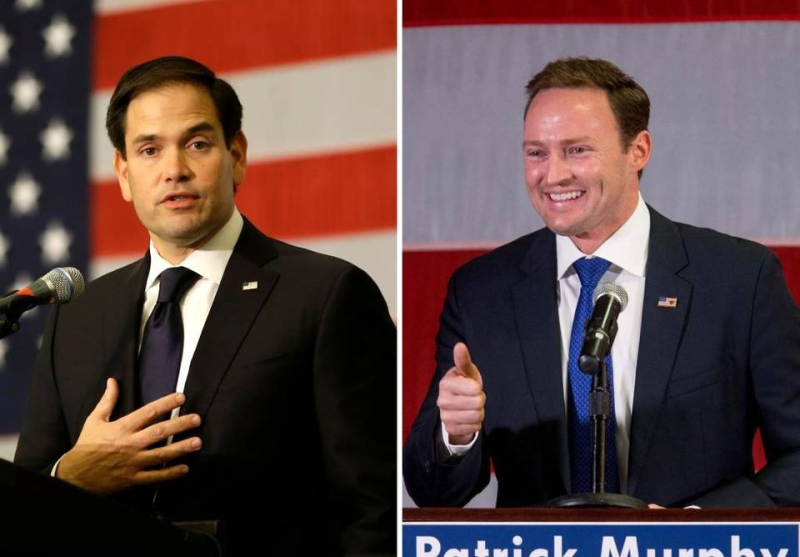 Rubio's 3-percentage-point edge over Murphy is within the poll's margin of error of plus or minus 3.6 percent -- making it a toss-up.

The results could indicate a tighter race between the candidates. Most polls so far found Rubio with a several percentage-point advantage over Murphy; Real Clear Politics had Rubio with an average lead of 5.7 percentage points in polls done prior to the Aug. 30 primary.

PPP said in its polling memo that Stanton's level of support is "a reflection of the choice Floridians face at this point."

"Marco Rubio is not popular as he runs for reelection to a second term," PPP president Dean Debnam said in a statement. "But voters aren’t really familiar with Patrick Murphy yet, so that’s helping Rubio to start out the general with a modest advantage."

Among the poll's other findings:

-- 45 percent of those surveyed disapprove of Rubio's job performance; 35 percent approved and 20 percent weren't sure.

-- 60 percent of those surveyed said U.S. Senate candidates should pledge to serve a full six-year term. That's been a sore topic for Rubio, who has been non-committal -- leading to repeated attacks from Murphy including a pledge challenge this week.