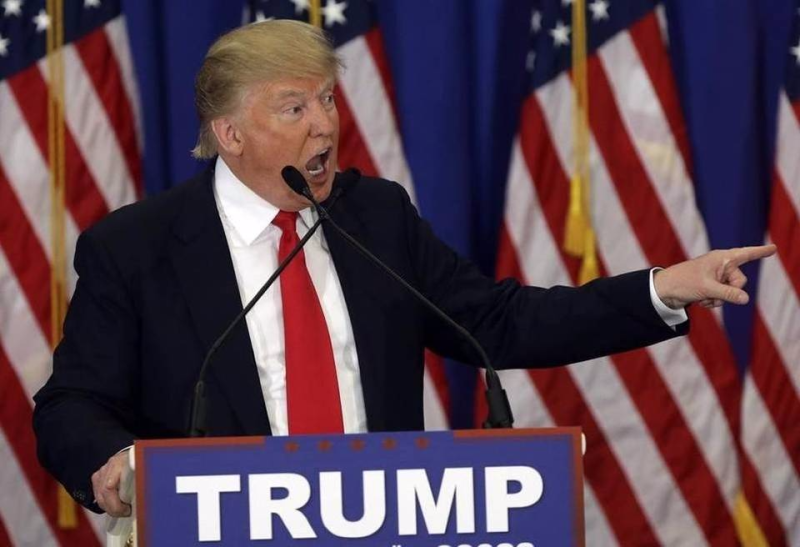 Donald Trump hurried off stage, leaving a sweltering, pumped-up crowd, and slid into the air-conditioned shelter of a black limousine.

“Wow! That was unbelievable,” he said to longtime aide Roger Stone. “There’s something here.”

Trump’s raw and freewheeling message captivated 2,000 tea party activists gathered in Boca Raton on April 16, 2011. While many came for the spectacle, they left energized by his blow-up-politics-as-usual style, a contention that America was being played for suckers by China and other countries, condemnations of illegal immigration and conspiracy theories about President Barack Obama’s birthplace.

“The world is laughing at us,” Trump said, wearing a blue suit, white shirt and pink tie, the wind tossing his signature mane. (“At least you know it’s my real hair, right?”) “We have to take our country back.”

In the annals of Trump — developer, playboy, author, "Apprentice" star, Republican presidential nominee — what happened that day has been largely overlooked. It was an awakening for a man, now 70, who long craved legitimacy in politics, the unconquered chapter of his quintessentially American life.

A political outsider eager to take on the machine and the media, the tea party spoke to Trump, too. Ultimately he took a pass on running for president in 2012, but the experience showed Trump a path he now barrels down.

“That was the only way he could get in the door, if he was anti-establishment,” said Pam Wohlschlegel, a tea party leader who helped organize the event. “I think it was sincere and brilliant. He planted the seeds.”