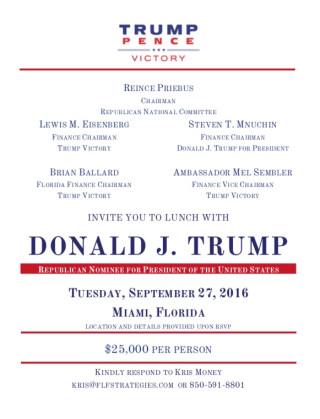 A big-dollar fundraiser for Donald Trump that was called off earlier this week has been rescheduled -- for the day after the first presidential debate.

Trump and Hillary Clinton will face off Monday night in New York. Tuesday at lunchtime, he'all be in the Magic City, asking donors for contributions of $25,000 each.

The luncheon was supposed to take place this past Tuesday, but it was pushed back after Trump's schedule took him back to New York following a rally Monday in Fort Myers.

Trump's schedule doesn't yet show any public events in Florida on Tuesday.