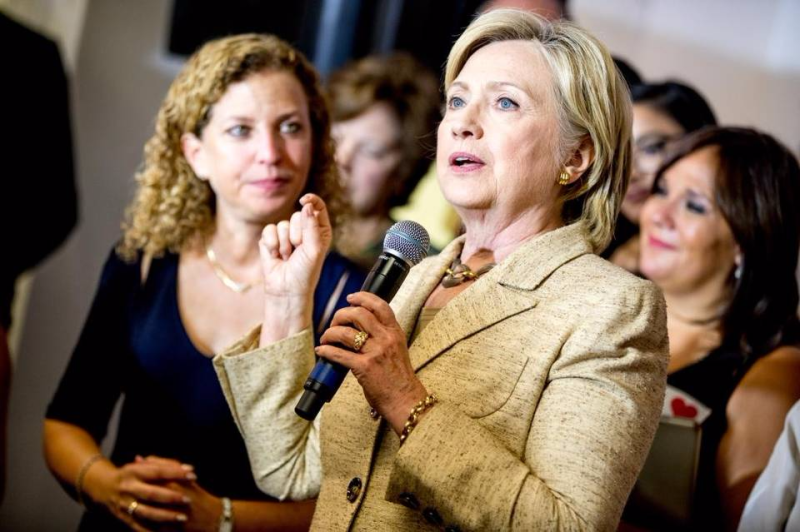 “I am proud to endorse Patrick Murphy to be Florida's next U.S. Senator. Patrick is a problem solver who will work hard for the people of Florida. From strengthening our middle class to fighting for common-sense solutions to reduce gun violence to protecting women's health care, I know that I can count on Patrick to be a strong partner in the U.S. Senate. Florida families deserve a leader who will put their interests first - and I know that Patrick Murphy will be a voice for families across the state."

During the past 18 months, Democratic U.S. Senate candidate Patrick Murphy has racked up support from most every party leader with one obvious exception: Hillary Clinton.

Clinton has been in Florida frequently in the past few months but conspicuously hasn’t mentioned the Jupiter congressman’s name during her recent public rallies, let alone referenced Florida’s high-stakes Senate race.

Clinton didn’t mention either on Tuesday in Tampa when she made her first visit back to Florida since last week’s statewide primary — which secured Murphy’s status as the Democrats’ general election pick against incumbent Republican Marco Rubio.

Nor did Clinton name Murphy a month ago when she visited St. Petersburg — giving shout-outs to local elected officials and Democratic candidates including “your former governor and the next congressman” Charlie Crist, who’s on the November ballot in Florida’s 13th congressional district.

Clinton’s running mate, Virginia U.S. Sen. Tim Kaine, also didn’t acknowledge Murphy or the Senate contest when he spoke at Florida A&M University a couple weeks ago about voter registration and the importance of this year’s general election.

A couple of Democratic consultants told the Herald/Times they don’t find it unusual, and Murphy’s campaign says it’s not a big deal and that they remain “hopeful” of a joint appearance.

But the absence of any mention of Murphy during the Clinton campaign’s recent Florida stops stands out, because the state’s U.S. Senate race continues to be — and has long been considered — one of the most pivotal and highly competitive contests Democrats need to win in order to have a chance at taking back the U.S. Senate. If they win both the presidency and the Senate, Democrats can set the agenda in Washington.