Will sprawl doom Florida? Projecting into the future in 2070 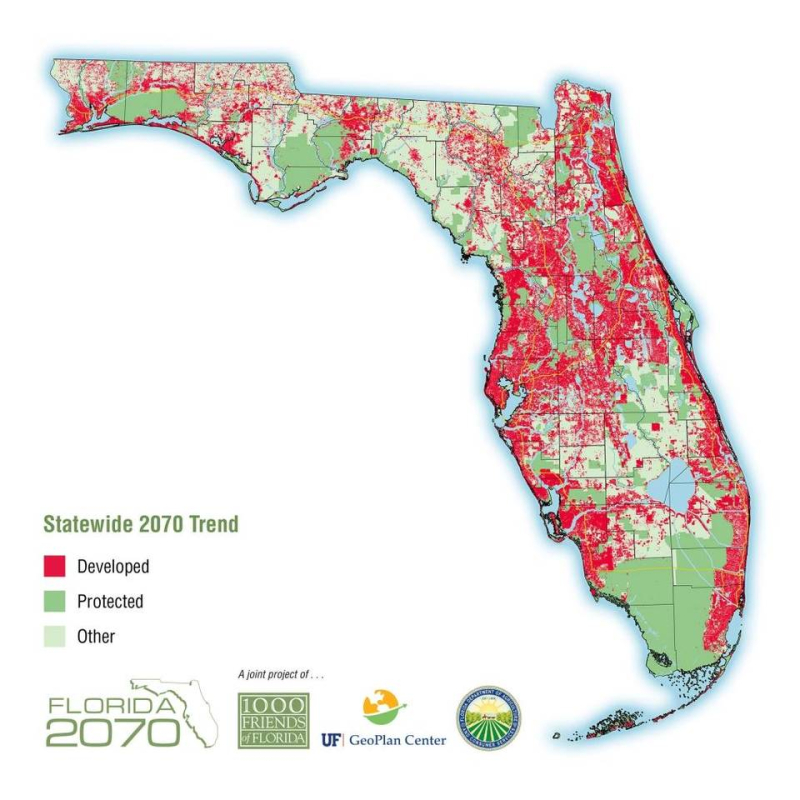 Over the next 50 years, Florida’s swelling population is expected to gobble up another 15 percent — or 5 million acres — of the state’s disappearing farms, forests and unprotected green space, according to a new study released Thursday.

With the population expected to reach nearly 34 million by 2070, University of Florida researchers partnered with 1000 Friends of Florida and the state Department of Agriculture to look at growth trends and urban sprawl in a state powered by land booms. What they found was startling: In Central Florida, where the population is expected to surge along the I-4 corridor, half the region will be developed if no more land is protected. Agriculture and other green spaces shrink by nearly 2.4 million acres. That could dramatically increase the flow of urban pollution into Lake Okeechobee.

With better planning, researchers concluded that nearly 2 million acres could be saved for green space. 1000 Friends of Florida

In rapidly expanding South Florida, another 1.1 million acres would be lost.

But with smarter planning that concentrates growth around urban cores, researchers found they could save up to 1.5 million acres. Story here.