Adam Putnam reaffirms his support for Trump over Clinton 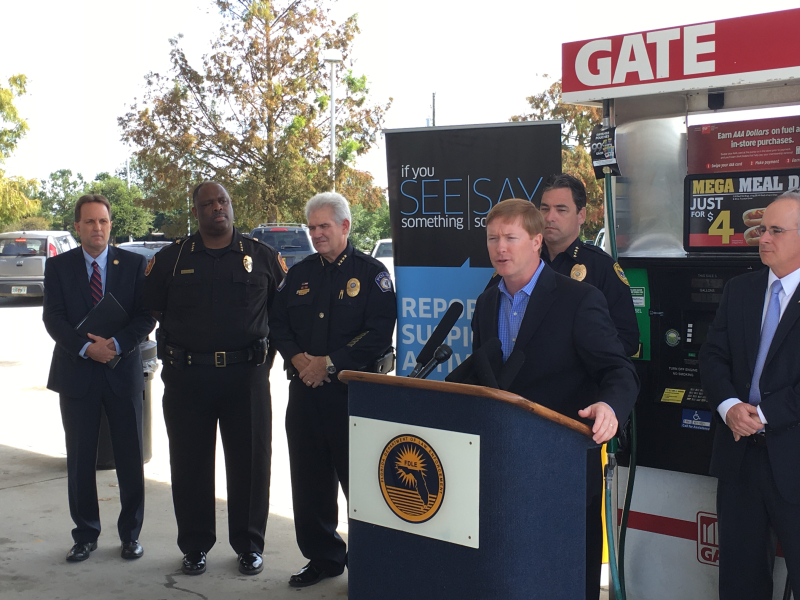 The choice between Donald Trump and Hillary Clinton is not even in question for Adam Putnam, the Republican many expect to be a leading contender for governor in 2018.

Putnam, the state’s elected agriculture commissioner, told reporters on Monday that Trump was not his first, second or even third choice for the Republican nomination, but he won fair and square.

Asked if he is going to still vote for Trump, Putnam answered: “Absent of some cataclysm, I believe that the change he’s going to bring to this nation, his underlying views and philosophies as it relates to the role of government and taxation in peoples’ lives, are preferable to Hillary Clinton’s.”

Putnam supported former Florida Gov. Jeb Bush for the GOP nomination, even campaigning with him in the early primary states. After Bush dropped out, Putnam got behind Marco Rubio. But once Trump secured the nomination, Putnam said he would vote for Trump because he was the GOP nomination.

But along the way, Putnam has openly criticized Trump for “running his mouth about the most ridiculous things.”

Putnam’s latest comments of support for Trump came during a press conference in Tallahassee to promote a new statewide anti-terrorism ad campaign designed to encourage people to report suspicious activity to law enforcement.