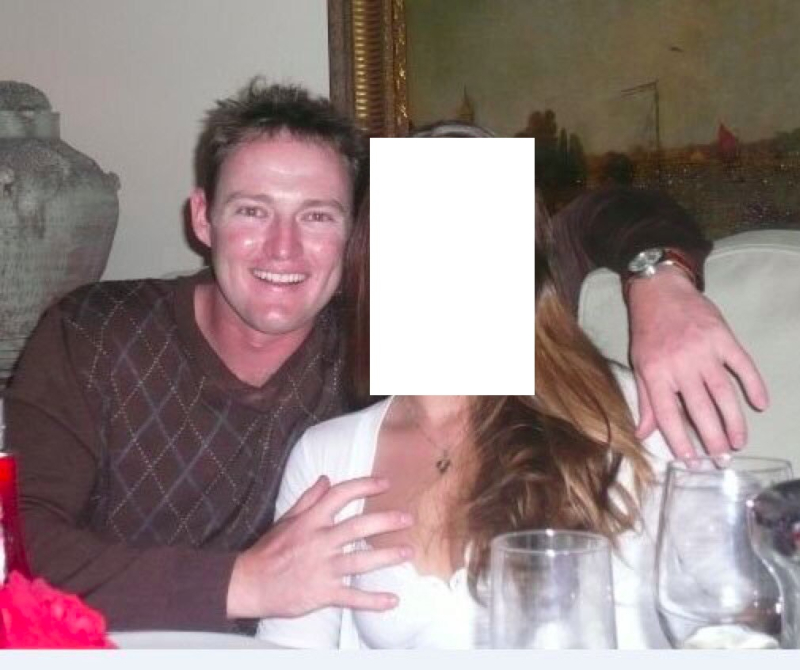 Democratic U.S. Senate candidate Patrick Murphy has hammered Marco Rubio for weeks on women’s issues, whether it be the Republican incumbent’s opposition to abortion or his continued allegiance to Donald Trump.

After Murphy persisted on that line of attack for the better part of Monday night’s U.S. Senate debate in Orlando, Rubio had had enough.

And he lowered the boom on his challenger — so abruptly it left Murphy temporarily rattled in search of a response.

The weapon: An old photo of a fresh-faced Patrick Murphy sitting at a table with one arm around a woman and a few fingers of his other hand apparently grabbing at her breast.

Photo credit: In this undated photo from several years ago, current Democratic U.S. Senate candidate and U.S. Rep. Patrick Murphy appears to be grabbing at the breast of a woman who he says was his then-girlfriend. Republican incumbent U.S. Sen. Marco Rubio referenced the photo during the candidates’ first Senate debate Monday night. Rubio’s campaign provided the image, with the woman’s face blocked out. (Provided by Marco Rubio’s Senate campaign)