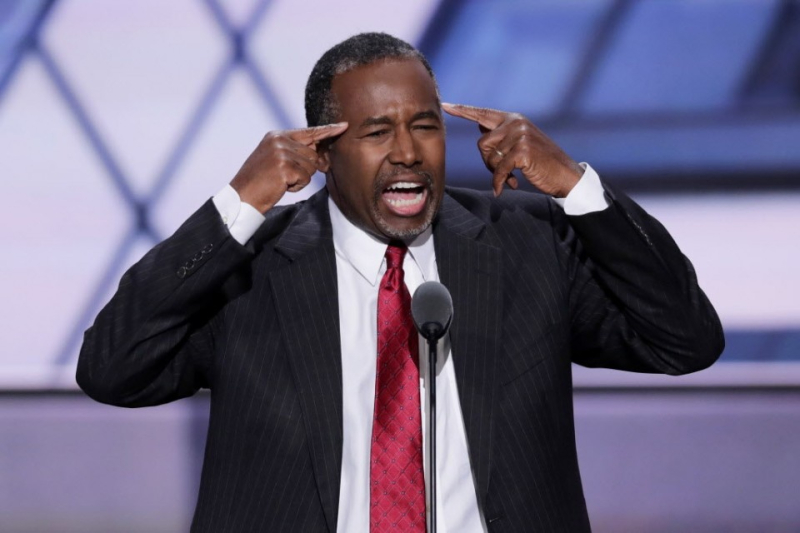 A press release today from My Faith Votes, Carson's group which aims to get Christians to vote, says "early voting starts tomorrow in Florida."

And ironically, Carson's press release links to the state Division of Elections website which shows that the early voting schedule can vary depending upon the county but it must begin at a minimum on the 10th day before the election which means Oct. 29th. The earliest date that counties can begin early voting is Oct. 24th -- both Broward and Miami-Dade counties will start that day and offer the maximum number of early voting hours.

"As hard as is it to believe, the election is just around the corner. Finding time on Election Day (November 8th) can be difficult and sometimes impossible.  But with early voting, you can skip the lines and pick a date and time that works best for you.
I noticed you live in Florida, so for you, it literally is around the corner. Starting tomorrow, you can vote early and in person."
Carson, who lives part time in West Palm Beach, has endorsed Donald Trump.
We aren't certain what deadline Carson had in mind for Oct. 19th. Today is the last day to register to vote.
A spokesperson for My Faith Votes told the Miami Herald in an email this evening that the email about early voting was sent in error and it sent a new email correcting the information:

"You may have recently received an email from My Faith Votes reminding you that early voting was about to begin in your home state of Florida. The email incorrectly stated that Florida early voting begins on October 19th. Early voting in Florida actually begins the week of October 24, with the specific date depending on the county in which you live."