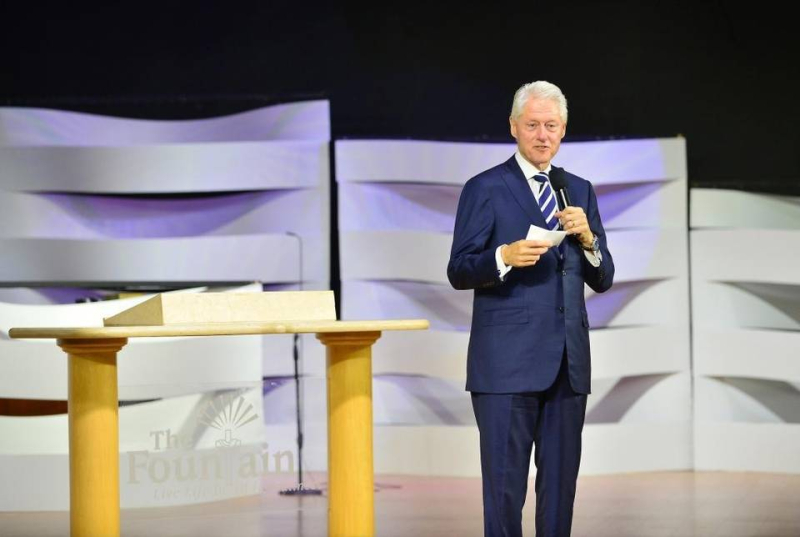 The Clinton campaign has not released the time and location of the event. The former president campaigned for his wife at two churches and a temple in South Florida Oct. 23.

The Clintons have stepped up South Florida appearances in the homestretch as the race is in a dead heat with Donald Trump in Florida.

Photo of Bill Clinton speaking at the Fountain of New Life Church in Miami Gardens Oct. 23 by Johnny Louis jlnphotography.com