Clinton and Trump broke a tradition of debate handshakes. A look back at 40 years of greetings.

Wednesday night's final face-off between Hillary Clinton and Donald Trump appears to be historic in at least one measure: the first time presidential candidates didn't shake hands while sharing a debate stage.

No handshake between Donald Trump and Hillary Clinton as they take the stage for their final debate. #DebateNight https://t.co/r1Or2jmqC7

Naked Politics reviewed YouTube's archives of presidential debates, and we found an unbroken streak of handshakes dating all the way back to the first time Gerald Ford faced Jimmy Carter in 1976. There were three debates that year, and footage of the second and third show handshakes between the rivals. It's probably a safe bet they shook hands in the first debate, too, but the video footage was incomplete.

The handshake streak almost died during the second presidential debate of 2016, when Clinton and Trump kept to their sides of the stage at the start of the Oct. 9 event in St. Louis amid the fallout over Trump bringing women who accused Bill Clinton of sexual assault. But the two candidates ended up keeping the tradition alive by shaking hands at the end.

That wasn't the case Wednesday night: Clinton and Trump avoided contact at the start and the end. That's probably an unprecedented moment -- or, more accurately, an unprecedented lack of a moment.

Here's a look back at America's lost tradition of courteous greetings among its presidential candidates. 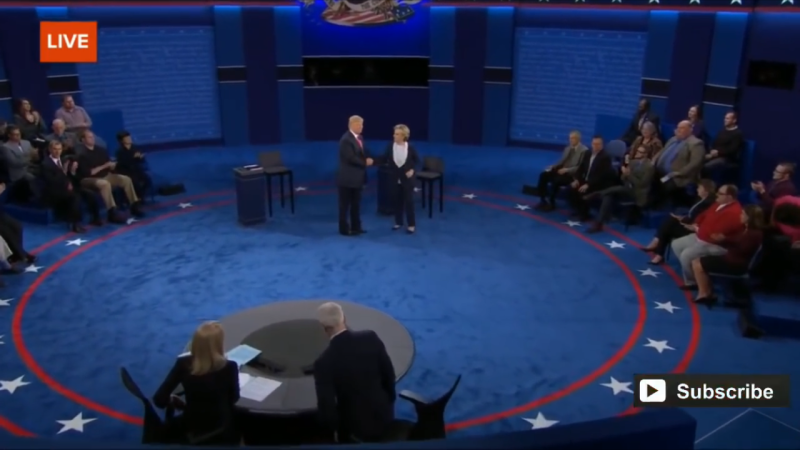 The one that almost got away: a handshake at the end, but not the beginning. (The awkward moment at the start.) 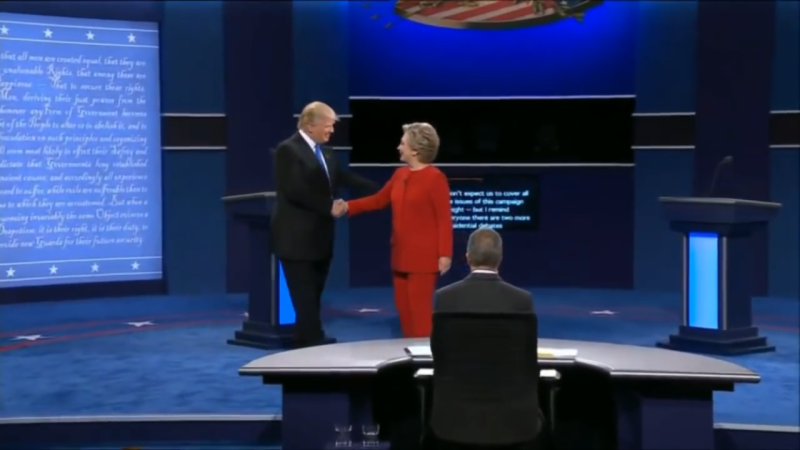 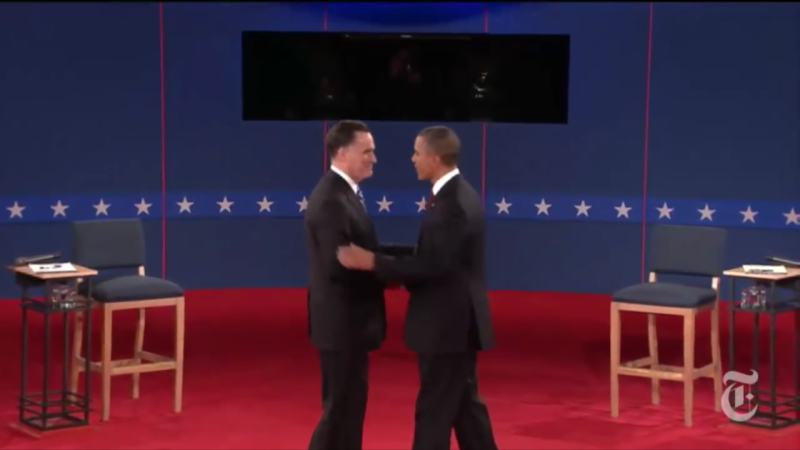 A handshake, plus a hand on the elbow. Power move? 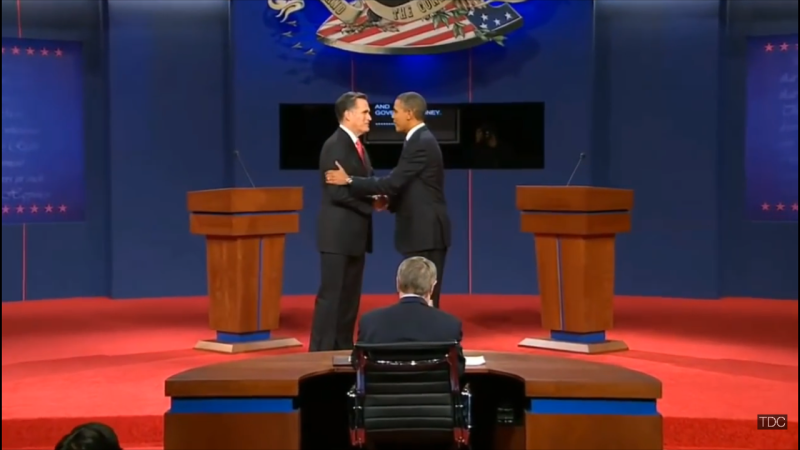 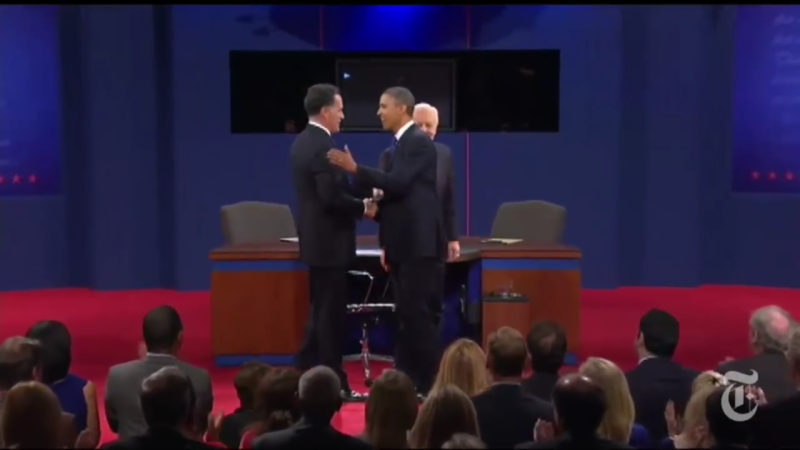 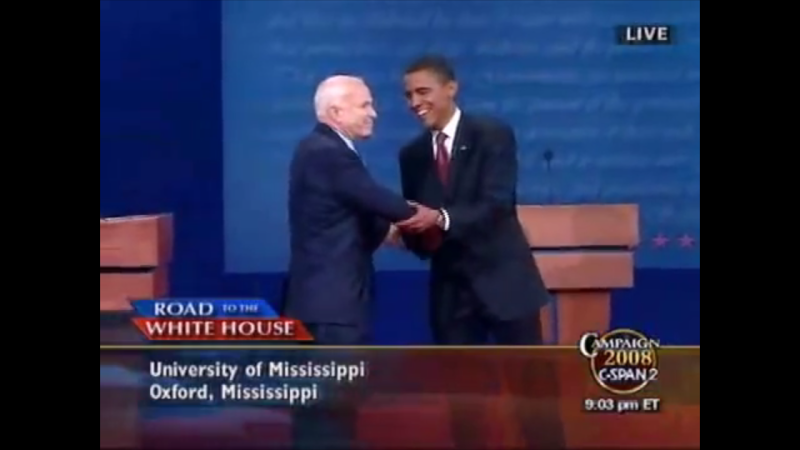 An embrace that certainly looks warm. 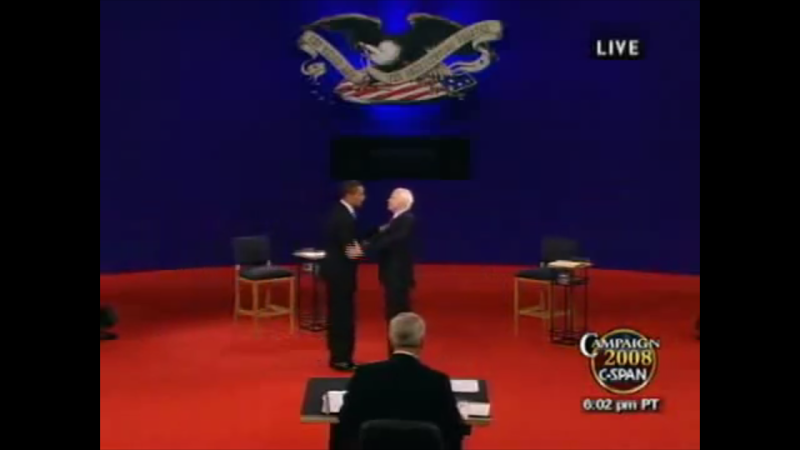 A shake and a chat. 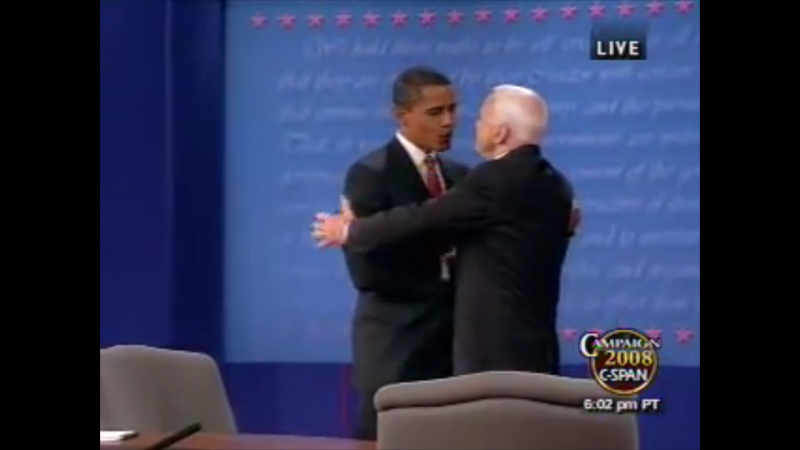 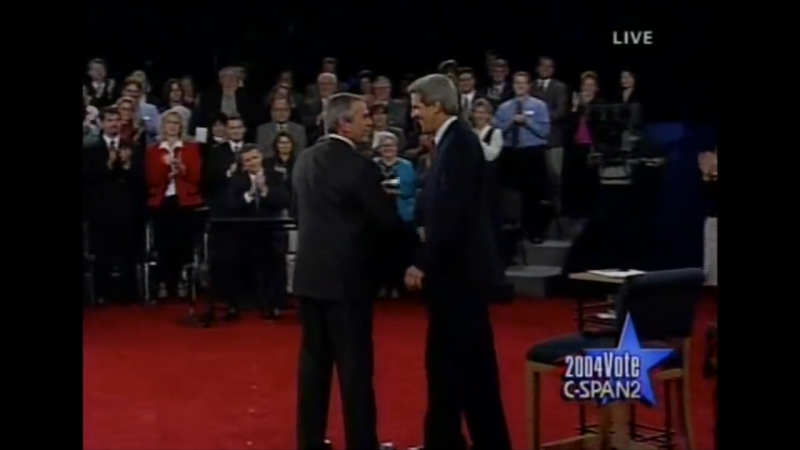 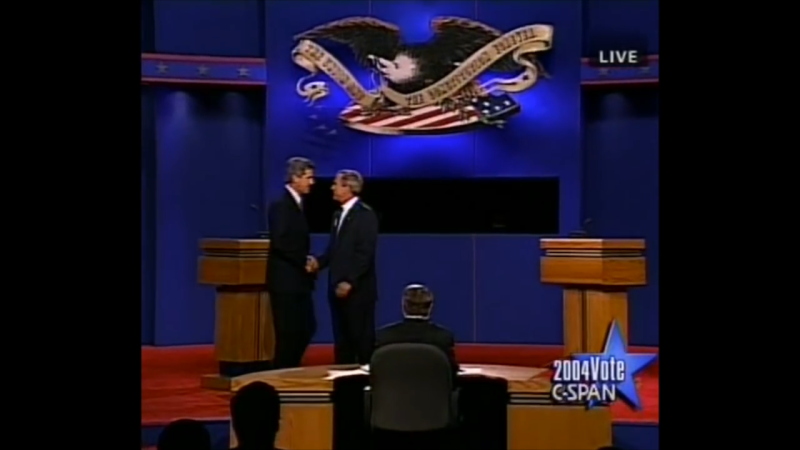 Bush says hello on Kerry's side. 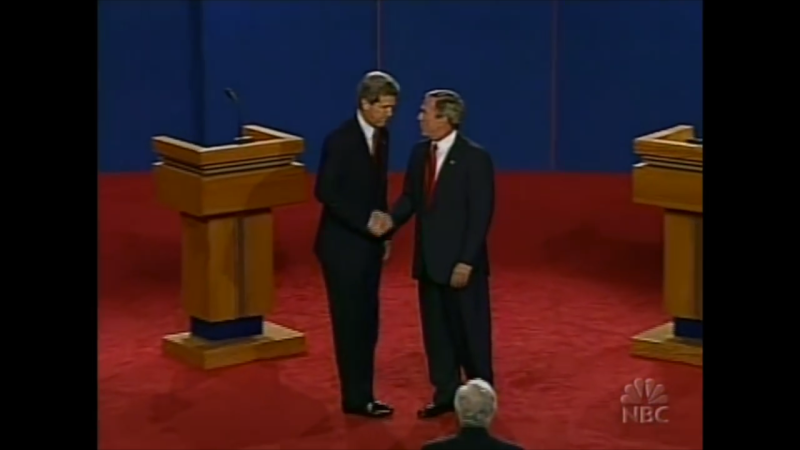 Shaking hands, with some thoughtful talk. 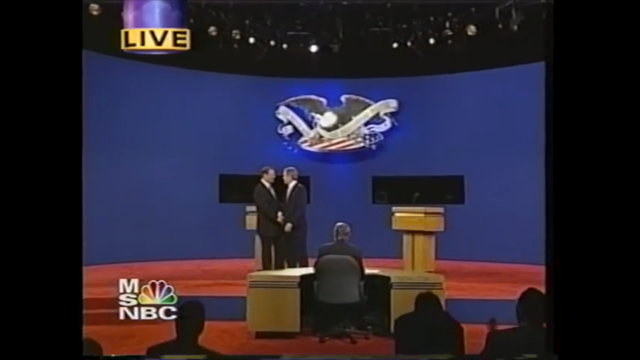 Gore didn't get close to the middle before meeting Bush for a handshake. 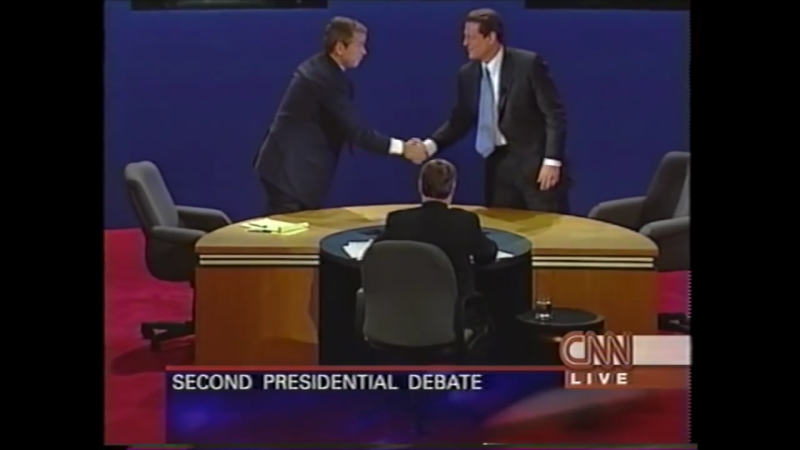 Shaking hands before sitting down. 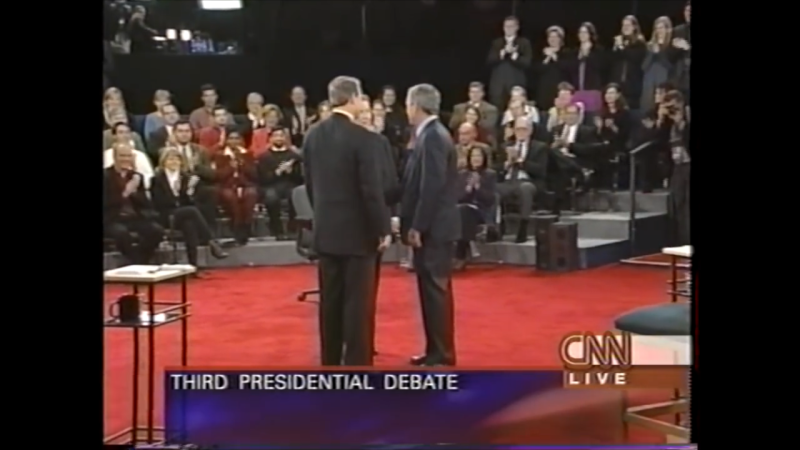 This shot didn't quite catch the shake, but you can tell it happened. 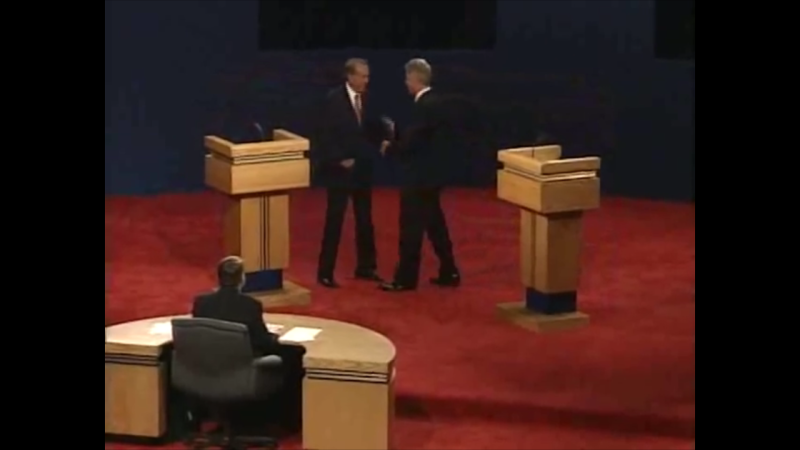 Note: Jim Lehrer presided over quite a few of these handshakes.

Posing for the cameras just after shaking hands. 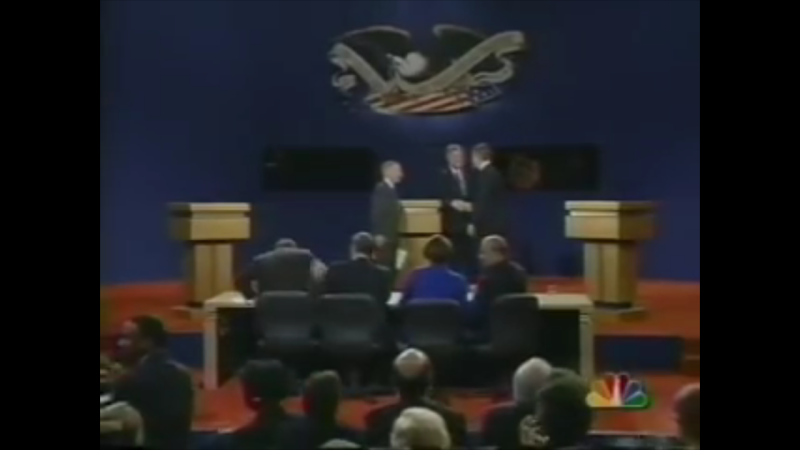 The handshaking gets more complicated  with three candidates on the stage. 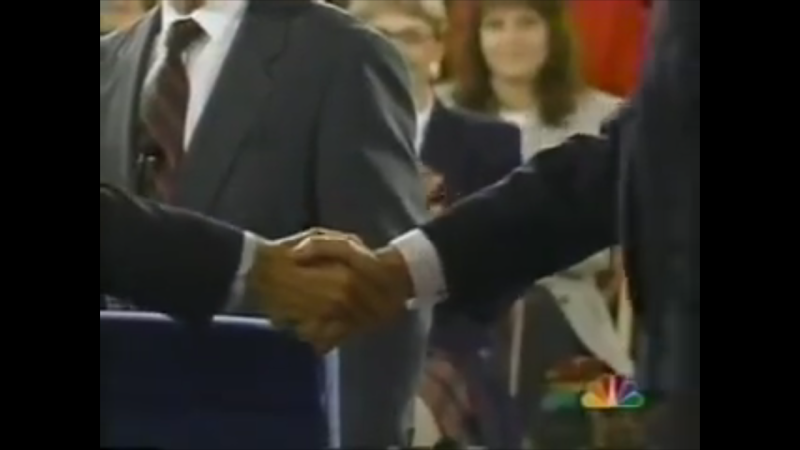 Not sure which of the two candidates are shaking hands there at the University of Richmond. 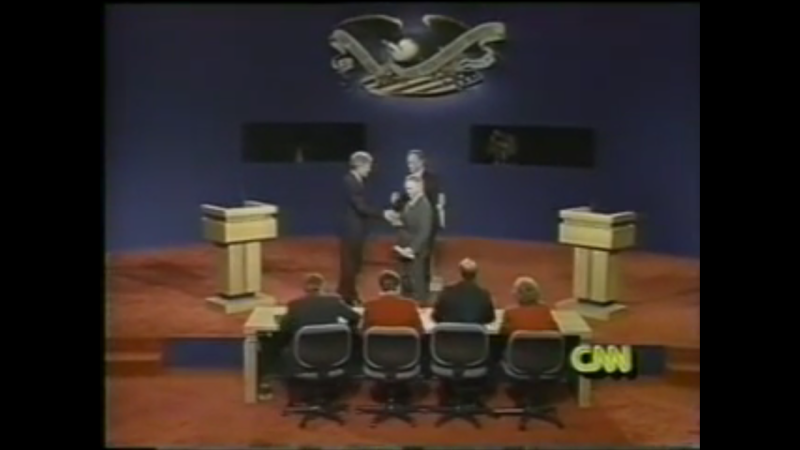 Unprecedented handshaking in 1992, given there are three sets of hands. 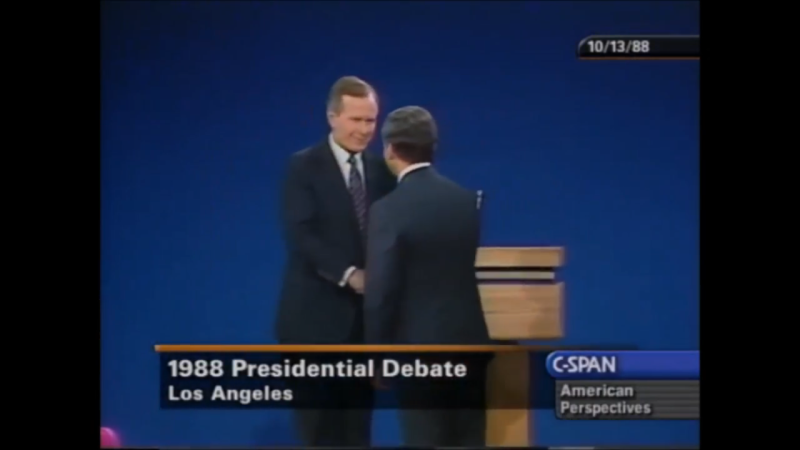 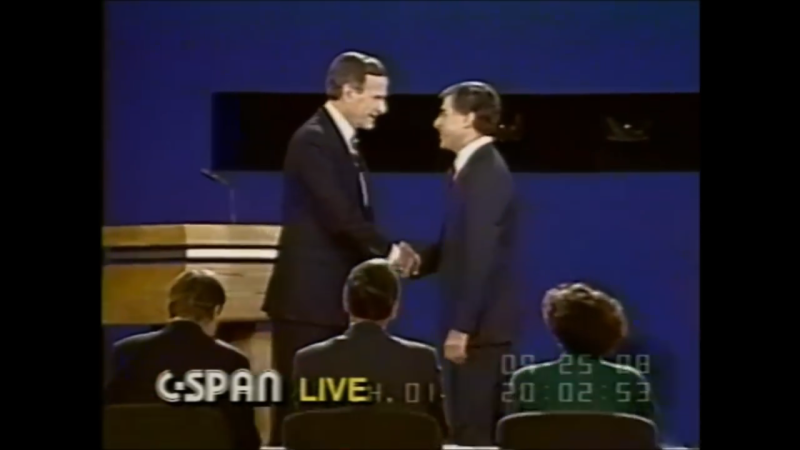 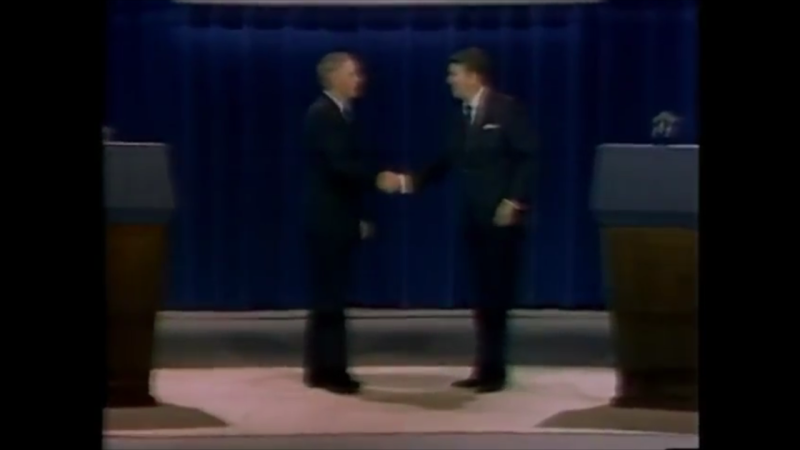 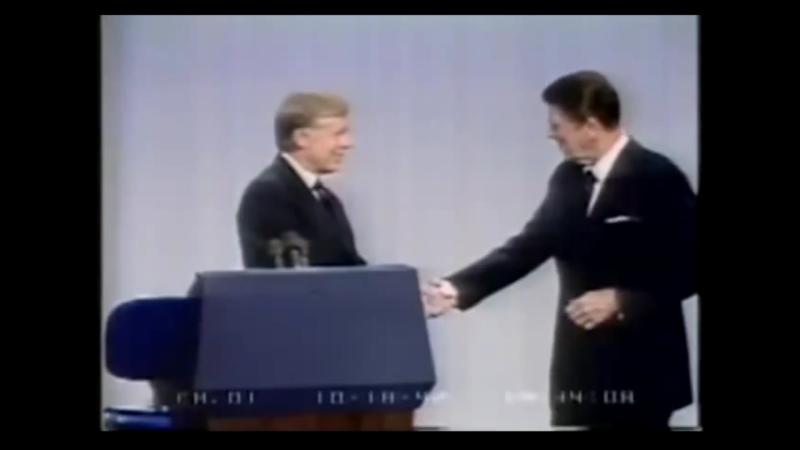 Only one chance for handshakes that year. The opportunity wasn't missed. 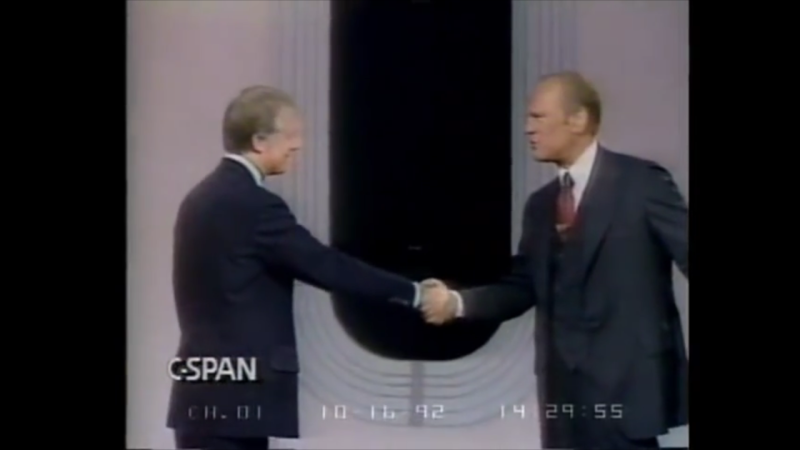 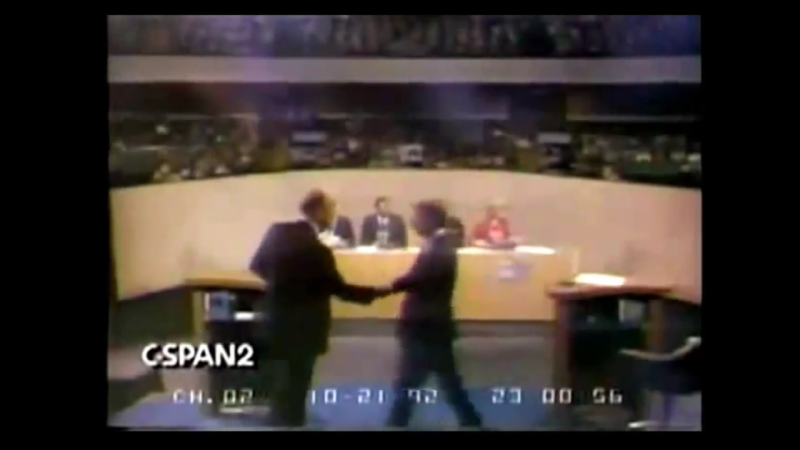 A wide shot of the handshake that started our streak.

Watch this space to see if we can find more footage.