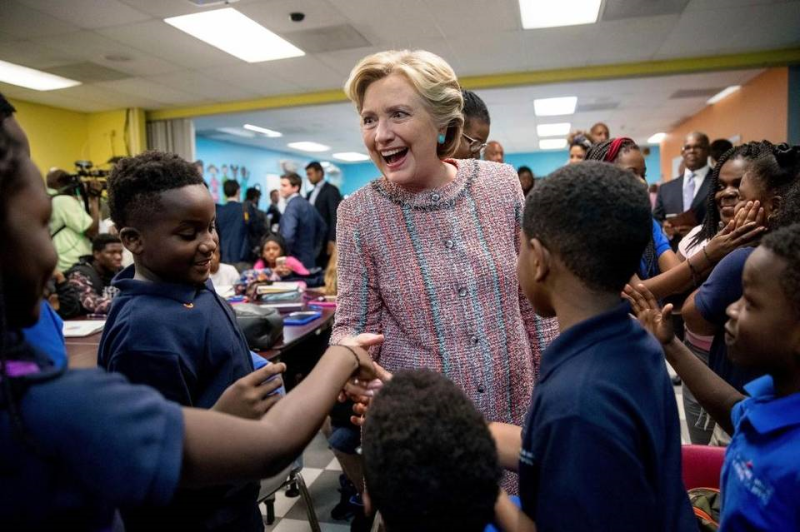 “Hello, everybody,” Hillary Clinton greeted them as she walked in. She was met with a few gasps.

It was a day before Florida’s extended deadline for voters to register before the Nov. 8 election. Clinton was spending precious minutes with children mostly too young to sign up.

Some of them, though, would be taking part in their first election — if they filled out the paperwork in time.

“Get in the game,” they were urged — not by Clinton herself, but by a prominent donor and local philanthropist: Tracy Mourning, the wife of former Miami Heat star Alonzo Mourning.

The Mournings guided Clinton through the center, which opened in 2003 as a project of the Mourning Family Foundation. Students gathered for after-school programs, including one focusing on culinary arts and another designed around college prep.

That gave Clinton an opening to pitch her affordable-college plan.